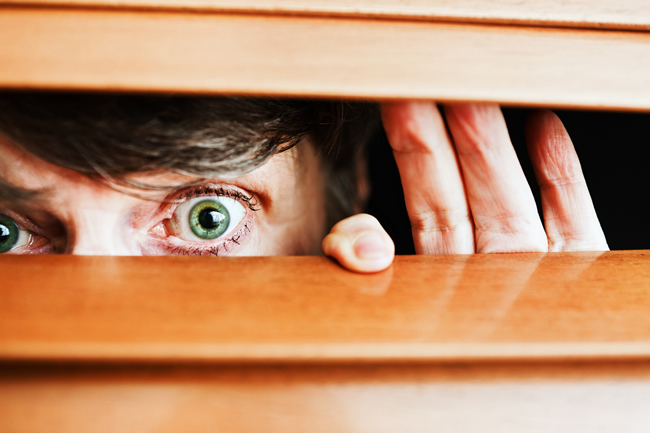 A few months ago, Dan Sharp from Screaming Frog wrote a killer post about how to use fetch and render in Google Search Console (GSC) on almost any site. Fetch and render in GSC enables you see how Googlebot is rendering any page on your site (since it fetches all necessary resources to render the page at hand, including JavaScript, CSS, images, etc.) It enables you to detect differences in how Googlebot is viewing your page versus the average user.

It’s an awesome tool and can help identify blocked resources, trouble with rendering content, etc. If you want to learn more about what you can find using fetch and render, you can check out my Search Engine Land column titled Fetch and Horror.

Dan’s global fetch and render approach was to iframe urls from another unverified website on your own domain and then use fetch and render in GSC. It works, and pretty darn well. I’ve set this up and tested it myself, and it does indeed work.

For example, here’s a third party fetch of the Big Green Egg homepage (one of my favorite grills btw): 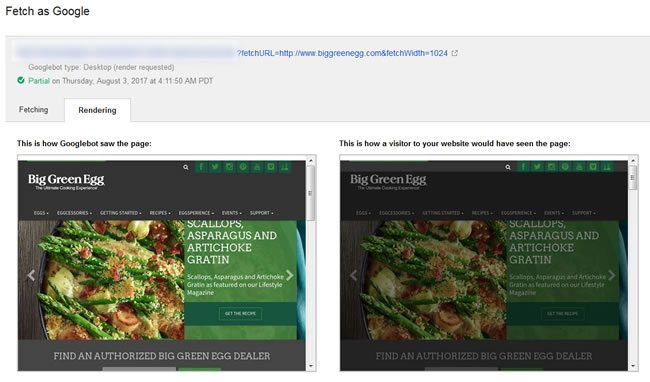 That’s cool, but let’s face it, rendering a site that you don’t own and control does give you a creepy feeling. You aren’t really authorized to use fetch and render in GSC on any site other than your own verified site(s). So rendering another person’s site is like virtually trying on their clothes from the comfort of your own home. Yes, that sounds creepy and it’s a good analogy. You are basically “fetching around”. You might feel like this:

And for those on the opposite end (being fetched), they can feel violated when someone is fetching and rendering their urls in order to see if there are any render problems. Again, it’s all a bit creepy.

But Are You Really Invisible?… No, Everything Is Trackable
As I was testing this out via my own setup, I started wondering how easily sites being rendered without consent could tell a third party was doing this. And if they could check that easily, it could lead to some uncomfortable situations. Which leads me to my next point…

Facebook Pixel Insights, With A Twist.
I was recently checking out Facebook’s pixel reporting and noticed an interesting finding. If you’re not familiar with the Facebook pixel, it enables you to cookie any visitor to your site and then retarget them back on Facebook. It’s a powerful approach that I’ve written about several times before (especially for boosting content to various custom audiences).

As I was reviewing the pixel reporting in Facebook Business Manager, I checked the domains tab. And clicking that tab just might blow your fetch-and-rendered mind. It will show you any domain where your pixel has fired. And I mean any domain.

In theory, most sites should only see their own domain listed… so if you see others listed, then something funny could be going on (like another site scraping your pages). And of course, this would show any site that is iframing your content. And that’s exactly what you need to do in order to fetch and render another site’s urls. Do you see where this is leading? 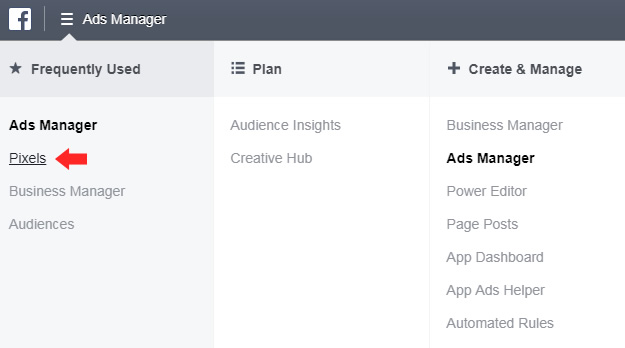 Once you are viewing your pixel reporting, you’ll see four tabs, including Events, URLs, Domains, and Devices. The Domains tab is the one you should check out. 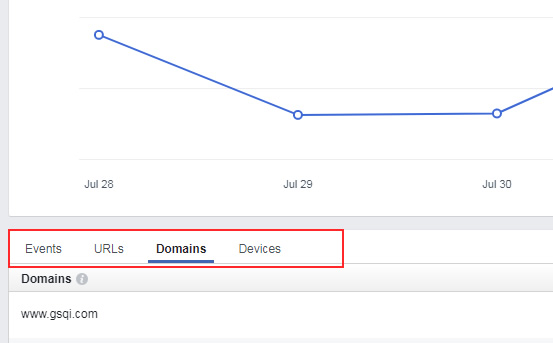 When checking the list of domains in my reporting, I noticed the test domain I was using to set up global fetch and render using Dan’s approach.

Here’s what I saw: 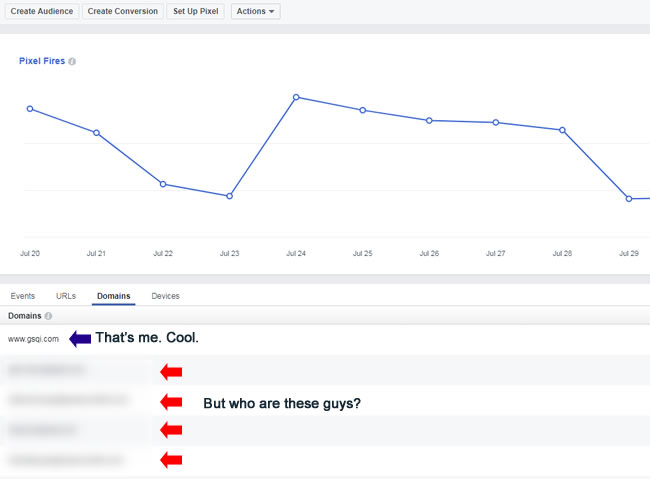 So my own domain is listed, which is correct, but there are several others there that shouldn’t be. And one is the domain I’m using for global fetch and render. Uh oh, I caught myself. :)

Beware, Your Digital Camouflage Isn’t Perfect:
OK, this means any site using the Facebook pixel could easily see that you have been fetch and rendering their urls. Cue creepy music. Remember, everything is trackable on the web (ok, almost anything). So, before you fire up your new global fetch and render setup, just know that websites have an easy way to identify who is fetching around. And by the way, who would think that Facebook would be the one helping SEOs uncover this? Ironic, don’t you think? :)

Big Recommendation: Set up FB’s tracking pixel (for more than this reason!)
When Dan’s global fetch and render approach was published, many were thrilled to try it out (myself included). But there were some concerns about who might be fetching your own site. Now with the Facebook pixel reporting, you can easily check the domains where your pixel is firing. And if any of those domains aren’t your own, then they just might be “fetching around”.

So definitely set up the Facebook pixel, and for more than just this reason. Boosting content to custom audiences is an amazing way to help get your content in front of a very targeted audience. And now that you can see who is rendering your own content, there’s yet another benefit to installing the Facebook pixel. So do it today. It should only take you a few minutes to set up.

In closing, fetch and render is powerful, but be careful if you’re “fetching around”. Facebook apparently has the back of site owners, and those site owners just might see you poking around. See what I did there? :)