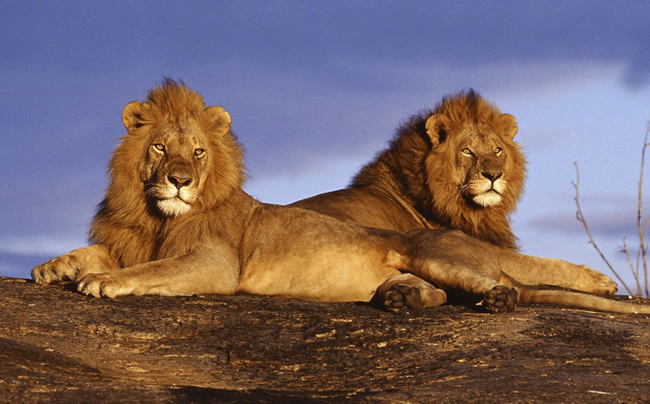 They say March comes in like a lion and goes out like a lamb. Well for SEOs, it’s slightly different this year. March came in like lion and went out like a bigger lion. There were three distinct dates where I saw significant movement from an algorithm update standpoint (starting on 3/3, then more on 3/14, and then another major tremor on 3/21).  In this post, I’ll go through what I saw, what I think it could be, and then I provide some final recommendations for those that were impacted. Let’s go.

In early March, I noticed significant movement across some of the sites I monitor. I have access to a lot of data across sites dealing with quality problems (Panda, Phantom, and other quality updates). In addition, I had several new companies reach out to me in early March explaining they were also seeing movement. And Barry Schwartz posted that webmasters were seeing similar things based on chatter he was hearing. And then Pierre Far also commented that he saw movement across several sites (based on a screenshot I shared of a drop in early March). So clearly there was something going on. So I kept an eye on the situation and analyzed the movement I saw (both up and down). 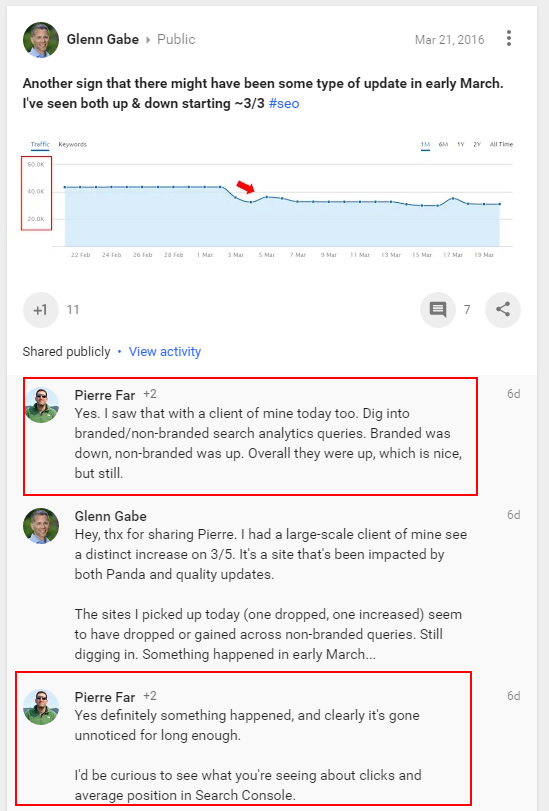 Then the middle of March arrived, and I saw even more movement (beginning on March 14). Again, some of the movement was on sites in my dataset, while new companies reached out to me about what they were seeing. This is similar to what I have seen with other major algorithm updates like Panda and Phantom (AKA Google’s quality updates). Google will roll out an update and then we’ll see tremors as the algo is either tweaked or it impacts more sites and urls down the line. John Mueller confirmed those types of “tremors” a long time ago when I inquired about Panda tremors I was seeing.

But Google wasn’t done with the mid-March update. On March 21, I saw even more movement (and it was significant movement on some sites). Sometimes that movement was connected to the earlier updates from March while sometimes it was new to the domain. So we had three algorithm updates and/or tremors in a relatively short period of time.

Here are some screenshots of search visibility from SEMrush and Searchmetrics for several domains I analyzed:

Panda, Quality Update, or Something Else?
If you follow me on Twitter, you know I’ve been pretty tough on Panda over the past year or so. It seemed almost dead to me. But these updates very well could be Panda, based on what I’m seeing impact-wise. Note, it’s important to understand that Panda is now part of Google’s core ranking algorithm. There won’t be any more “Panda updates” like we have seen in the past. Instead, it continually rolls out.

As John Mueller put it, Panda will roll out, the next update will get prepared, and then that Panda update begins. It’s continuously rolling. But the fact of the matter is that many sites previously impacted by Panda in late 2014 have not seen significant movement (outside of other algo updates). For example, some may have seen movement during Phantom 2, the November quality updates, or the January 2016 update. But, those were core ranking algo changes tied to quality, and not Panda. If you want to learn more about how Panda rolls out, watch the video below.

Video of John Mueller explaining how Panda now rolls out: (at 17:57 in the video)
https://www.youtube.com/watch?v=R9HngcDJxrc&t=17m57s 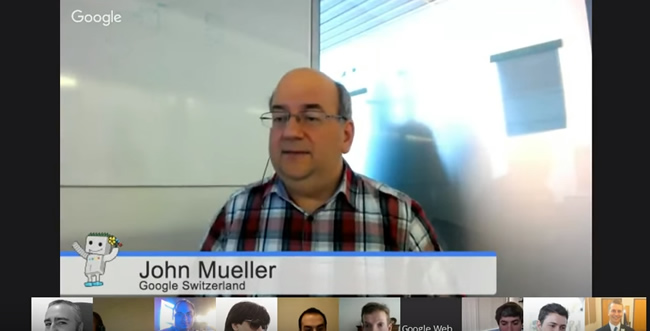 Again, this update could be Panda. For example, there might have been a data refresh and then the next Panda began rolling out in early March. Theoretically, that could be the movement we are seeing. I cover some specifics later in this post (sites that saw positive and negative movement).

Beyond Panda, the March 2016 algorithm updates could also be other core ranking algorithm changes (like Phantom 2 was). For example, Google could have changed how they assessed quality again and then rolled out the update. That’s exactly what happened with Phantom 2, which caused significant movement in the SERPs. And don’t forget, the November 2015 updates seemed connected to Phantom 2. Many that went down in May of 2015, saw more movement in November of 2015. You can read my analysis of that update to learn more.

March 2016 Algorithm Updates – Some Examples Of What I’m Seeing
I’ll cover some of what I’m seeing across websites below. Note, the items below don’t include everything I’m seeing. I just wanted to provide some findings I surfaced during my analysis of sites that saw movement during the March updates.

Content Not Meeting Query Intent
I saw this a lot during my analysis. For example, content that pertained to a query, but really didn’t fulfill user expectations. And those urls dropped in rankings (and sometimes significantly). The content might still rank for the specific subject matter it covered, but it did not rank for tangential queries that weren’t 100% a fit anymore. This finding leads me to think the update could very well be Panda…

By the way, Gary Illyes explained Panda exactly in this manner. He said Google doesn’t view Panda as a penalty. Instead, Google simply wants to make sure the content ranking highly for a query can fulfill user expectations. He said, “we want users to find the right information (correct information) based on their query. So, we have to adjust those overly-prominent sites.” I saw rankings drop for many urls when the query wasn’t a solid match. 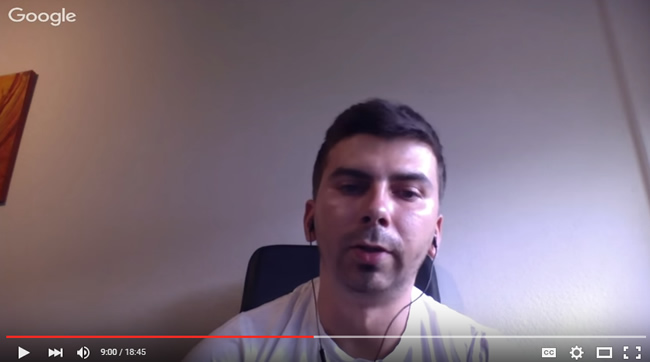 Entity Searches and Not Meeting Expectations
Along the same lines, I noticed some websites that ranked very well for entities, but the articles weren’t really a perfect match for users searching just for the entity name. Those users were probably searching for core information about the entity and not an article that covers some specific situation or event.

Those sites got smoked, since a large percentage of their traffic came from entity searches. And to be honest, they would have to revamp a ton of content to even come close to getting that traffic back.

Watch Quality Indexation
I also found sites with many pages indexed, yet only a small fraction were receiving traffic from Google. This is “old school bamboo hunting” when it comes to algorithm updates. For example, if you have 7K pages indexed, yet only 600 receive traffic from Google, what are the other 6,300 doing? Are they low quality, should they be indexed, and can you improve or nuke them? This finding also leads me to think it could be Panda. 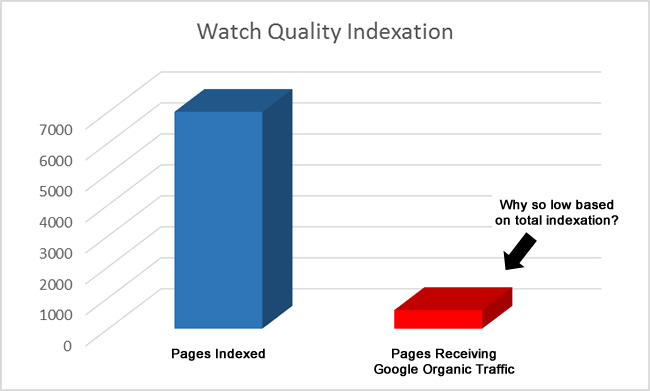 On The Flip Side – Panda Remediation Paying Off
On a positive note, I saw a distinct increase on a site that has been working hard on increasing quality for a long time. The site had previously been impacted by Panda several times and some quality updates. But, the site saw a nice uptick during the early March update.

It’s a large-scale website with millions of pages indexed. Over the past year, the business owner has worked extremely hard to hunt down and rectify thin content problems, usability problems, ad problems, and more. It was great to see the site increase, although I still know the site can be doing much better. Note, searches that increased directly related to entities, which matched some of what I was seeing across other sites.

On The Flip Side – Unlicensed Data
For sites that use third party data on their own sites, it’s important that you do this legally. If you don’t, you could see a spike in the number of DMCA takedowns (which can also get you in trouble Google-wise from a Pirate Algorithm standpoint). But you could also be seen as a scraper, which clearly isn’t good from a quality standpoint.

During the March algo updates, I saw several instances of sites that had many pages that included data that should be licensed, but they did not have the data licensed properly. Those sites tanked. I can’t say for sure if it was the licensing issue or something else, but they got hit very, very hard.

You can always check Google’s transparency report for copyright removals to see how a specific domain looks DMCA-wise.

During the March algorithm updates, I noticed some sites in a competitive niche that employed very aggressive advertising that inhibited the user experience. Those sites got hammered by the March updates. It’s just a reminder that aggressive and annoying advertising can cause users to run screaming from your site, never to return again. Google can pick up on this in a number of ways. Avoid this at all costs.

Side Note: Danger Ahead (But tremors already correcting the problem?)
I found a huge Google quality problem for the niche mentioned above. For extremely competitive queries, there are hacked sites ranking in the top 5 that redirect users to risky sites. This has been brought up a number of times over the past six months, but I saw it first-hand during my analysis of the March algorithm updates. So Google clearly got something wrong (at least in this niche). My hope is that they fix that problem, and quickly. It’s dangerous to users.

{Update: It looks like Google might already be making adjustments based on the situation I just explained. I noticed some of those dangerous results are already gone from the SERPs and one of the sites that dropped just saw an uptick. See the trending below. It’s a great example of the tremors I mentioned earlier.}

What Can Webmasters Do Now?
If you have been impacted by the March algorithm updates, then I recommend reviewing the bullets below in order to gain a stronger view of the impact (either positive or negative).

Summary – In Like A Lion And Out Like A Bigger Lion
March was a volatile month algorithm update-wise. There were three distinct dates I saw significant movement, starting in early March and ending in late March. I recommend checking your analytics reporting to see if you were impacted by the updates. If so, follow the recommendations I listed above for identifying what dropped or increased, why that content saw movement, and then form a plan of attack.

And yes, this very well could have been Panda (in its new form). If so, then welcome back my friend. It’s been too long since we’ve seen your face. :)