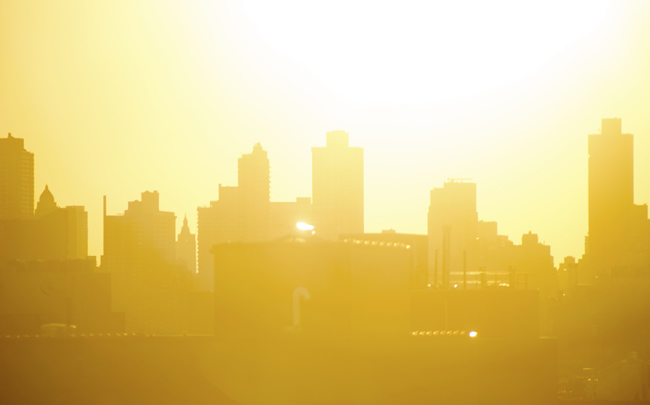 Summer is here, and it could be a hot one. Earlier this month I noticed some major volatility, which led me to believe there could be a major update brewing. For example, I tweeted this last week:

That’s a huge swing for that website, so I definitely took notice. Also, there was a connection with the November 2015 update (Phantom 3), so I was interested to see if there were more examples like it. Well, the past few days yielded even more volatility, with some websites surging and others dropping. And after digging into more drops and surges, it’s pretty clear that Google rolled out a major algo update in June.

June Algo Update – Important Dates
Specifically, I saw movement on June 1, June 8, June 21, and then more movement on June 26. Now, I’ve covered many times that Google can roll out an update followed by a number of “tremors”, which are tweaks to the algo to fine tune the results. We could be seeing those with the most recent volatility. In addition, a number of sites have either gained or lost rich snippets based on the update, which is eerily similar to previous quality updates. For example, I saw that happen with the November 2015 update (AKA Phantom 3). More about that soon.

Examples of Impact (Positive and Negative)
Before I continue, I wanted to provide a few screenshots of the impact I’m seeing. It’s all over the board. Some sites surged, others tanked, others surged then tanked, and vice versa. There’s a lot of movement going on right now, that’s for sure.

And here are some screenshots displaying the connection with previous quality updates (AKA Phantom):

Rich Snippets Impacted (Again)
As I mentioned earlier, a number of sites have either gained or lost rich snippets based on the June algorithm update. That is exactly what we saw with previous quality updates, especially the November 2015 update. Google has always said there’s a quality threshold for receiving rich snippets, so it makes complete sense that a “quality update” would yield the gain or loss of rich snippets. That’s a really big deal for websites in a competitive space. Rich snippets can absolutely impact click through rate (CTR), so a combination of lost rankings with a loss of rich snippets (for rankings that remain) can equal big losses for those websites. Not good. But on the flip side, some sites gained rich snippets.

If you want to learn more about this, then check out my post about how rich snippets (including review, how-to, and FAQ snippets) can be impacted during major algorithm updates.

What Are We Dealing With? Penguin, Panda, Phantom, or another animal?
In March, I documented a series of updates that looked extremely Panda-like to me. It was the first time in a long time that I could say that. Also, we learned last week from Gary Illyes that each Panda cycle can take months. It’s part of Google’s core ranking algorithm, it continuously rolls out, but it can take months to complete a cycle. So, if this is Panda, it does make sense timing-wise. We are a few months out from March (enough time for the previous cycle to complete).

Then we have Google’s quality updates (AKA Phantom). That’s where Google made a change to how it assesses “quality”. We saw Phantom 2 in May of 2015, then the September 2015 updates, which looked connected to Phantom 2. And then we saw what many called Phantom 3 in November of 2015. That was a big update with major connections to previous quality updates.

So what are we seeing here? It’s hard to say… it could be Panda, or it could be Phantom (a quality update). I was initially leaning towards a quality update, but after analyzing more data, it very well could be Panda. Regardless, it looks quality-based (content quality, horrible user experience problems, aggressive advertising, usability barriers, etc.) These are problems I have seen while analyzing both Panda and Phantom over the past several years.

Also, I know sites that worked hard to fix some of those problems that increased during the June updates. So again, in my opinion, I believe this was a quality update or Panda.

The big question is did this have anything to do with Penguin? That’s always possible, but I don’t think so. First, I’m not seeing signs of links causing problems. More about that soon. Second, Google did say it would announce Penguin 4, so I’m not sure this had anything to do with our cute, black and white icy friend. I guess we’ll see if Google explains more about this update over time. 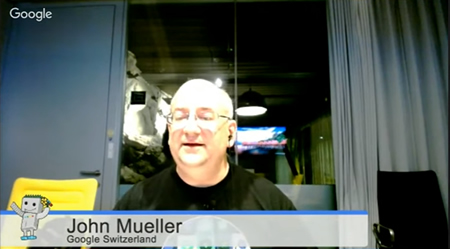 Problems and Potential Factors
I’ll quickly cover some of the problems and potential factors I saw while analyzing sites that saw negative and positive impact. Note, this is not an exhaustive list of problems and factors, but ones that stood out to me based on my experience analyzing algorithm updates like this one. These were also some of the most interesting situations I saw during my travels.

Sponsored Posts ABOVE The Content
Talk about a usability nightmare. Seeing a large list of sponsored thumbnails linking to third party sites at the top of the article is not exactly the best approach for users. And this site got hammered during the June update. It’s ok to provide content recommendations to third parties, but don’t overdo it. If you do, you could end up getting hammered.

2/3 Ads, 1/3 Content
Boy, is that a recipe for disaster. Checking a site that dropped significantly yielded pages with two thirds ads and one third content. Below the main content there were many, many ads. It was overwhelming, even for someone like me who analyzes this stuff on a regular basis. And this was occurring all over the site. Then boom, June arrived, along with an algo update. Not good.

Answering Questions, Barely
There was a site focused on Q&A that had many ultra-thin pages. Some with no answer, some with ridiculous answers that clearly wouldn’t be helpful for people, etc. I dug into a number of queries and landing pages that dropped and I can see why. Forum and Q&A content can have high quality content, but site owners must manage content properly. For example, don’t let every post be indexable… Only index your highest quality content.

Generic Content, Ads Weaved Into Main Content (MC)
I analyzed one site that seemed to have provided very generic content that could be found many other places (for the topic at hand). Actually, it looked like they took publicly available information and slightly rewrote it. And then they weaved ads into the content (the ads matched the content enough that I almost clicked the ads thinking it was the content on the page). This was going on all over the site.

Indexing Issues – Collateral Damage
A site I’ve been monitoring that went through some major changes this spring just dropped significantly on 6/21 and then more on 6/26.  There was a big indexing issue based on robots.txt problems, which may have led to Google simply not being able to understand a lot of content on the site. The site has had quality problems in the past, but really turned things around a few years ago. The changes this spring, along with the indexing problems, seem to have led to a drop during the June algorithm update. Be careful when you make serious changes to your site. You could become collateral damage. Scary, but very possible.

Opening Reviews The Right Way
Another site that saw an increase had made some major changes with how it handled reviews for products. In the past, they canonicalized all review pages to the first page. That means Google would not index those additional pages, and all of those reviews. They began using a stronger approach using rel next/prev and the proper use of rel canonical across the reviews. That’s across every product on the site. More quality user reviews means more quality content overall. And enabling Google to consolidate indexing properties from across the reviews can help as well. There was a 60% increase in indexation (of quality content that’s connected via rel next/prev).

And I saw much more…
I can keep going here, but based on what I’ve seen, the update looks content quality and user engagement-based versus inbound links-based. And regarding Phantom versus Panda, they are very similar factor-wise, so it’s hard to say 100% that it was a quality update versus Panda, or vice versa.

I’ll post additional updates as I learn more. Again, this looks like a big one. Check your stats. :)

Summary – A Hot Start To The Summer Algo-wise?
To quickly recap, there was major volatility in June, especially on specific dates like 6/1, 6/8, 6/21, and 6/26. The algorithm update looks like a “quality update” or a Panda update based on what I’ve seen.  Remember, we haven’t seen a Panda-looking update since March, so it’s definitely possible. And regarding Penguin, we are still waiting for Penguin 4.0 to roll out. I don’t think this is what we are seeing, based on everything I documented above. I’ll try and learn more about the June update and share what I can. Good luck.