As a consultant helping a number of companies with Panda recovery, I’ve been eagerly awaiting the March Panda update.  Based on the data I have access to, I was able to pick up and analyze Panda UJan14, UFeb14, and the infamous UFeb14Rev (where Google re-rolled out the algorithm update after mistakenly hammering movie blogs).  Needless to say, it’s been an interesting beginning to the year Panda-wise. And if you’re wondering what U{Month}{Date} is, that’s the naming convention I’m using for unconfirmed Panda updates.

And in case you forgot, Google announced in July of 2013 that they wouldn’t be confirming Panda updates anymore.  As I explained in a post soon after that, unconfirmed Panda updates can cause mass chaos and can drive webmasters dealing with mysterious traffic losses insane.  But, I also explained that if you have access to a lot of Panda data, you can sometimes pick up the updates.  And that’s where SEOs helping a lot of companies with Panda can come in very handy.  Those SEOs have turned into human Panda barometers and can help identify when the specific updates roll out. Remember, we know that Panda is supposed to roll out monthly, and can take about ten days to roll out.  It’s not real-time, but Google trusts the algorithm enough to unleash it once per month.

I have been able to identify a number of updates since July of 2013, including UJan14 from January 11th and the flawed UFeb14 from February 11th (which was the movie blog fiasco I mentioned earlier).  But it’s been relatively quiet since then from a Panda standpoint.  I’ve only seen some moderate movement around 3/11/14, but nothing that I could nail down as Panda.  But then the 24th arrived, and it quickly became clear that something widespread was taking place.  Just like a Panda update.

Upward Movement Across Panda Victims
During the week of March 24th, I was checking organic search trending across clients and quickly noticed a number of increases from Google Organic.  The first one that caught my attention was a website that had been battling Panda for a long time.  It’s an ecommerce site that has seen many ups and downs since February of 2011 when Panda first arrived (and more downs than ups if you know what I mean).  The 25th showed an 18% increase in traffic, and it has consistently remained higher since then.  Google Webmaster Tools now shows increases in impressions and clicks starting on the 24th.  Comparing the entire week to previous weeks reveals Google Organic traffic was up 15%.

An example of a bump in Google Organic traffic starting on 3/24/14:

And that site wasn’t alone.  I was seeing similar lifts in Google Organic traffic across a number of Panda victims I have been helping.  That lift ranges from 9% to 24%, with a few outliers that saw much larger increases (45%+).  Note, those sites seeing larger increases didn’t have massive amounts of traffic, so it was easier to show a much larger lift.  That being said, the lift was significant for them.  But overall, I mostly saw moderate recoveries versus significant ones during this update.  And that leads me to think we just might have seen the “softer” Panda update that was supposed to help small to medium sized businesses (SMBs).

Matt Cutts and a “Softer” Panda
At SMX West, Matt Cutts from Google explained that they were working on a “softer” version of Panda that would make it less of an issue with certain websites.  Matt said the “next generation” Panda would be aimed at helping small businesses that might be affected by Panda.  Well, based on what I’m seeing, it sure looks like the new Panda could have rolled out.  Almost all of the companies I analyzed that were positively impacted by the 3/24 update could be categorized as SMBs.  They aren’t big brands, major corporations, they don’t have a lot of brand recognition, and some are run by just a few people.

In addition, most of the recoveries fell into the 10-20% range, which were modest increases.  Don’t get me wrong, that’s still a nice lift for some of the companies that previously got hit by Panda, but it’s not a massive recovery like you might see during other Panda updates.  For example, a company I was helping that got hit by Phantom in May of 2013 ended up recovering in August and surged by 68% in Google Organic.  That’s a big recovery.  So, modest recoveries line up with a “softer” algo that could help small businesses (in my opinion).

March 24, 2014 – A Good Day for (SMB) Panda Victims
Below, I have included some screenshots of Google Organic trending for companies impacted by Panda UMarch14.  You can clearly see a lift starting on the 24th and remaining throughout the week.  Note, these companies span various industries, so it wasn’t tied to one specific niche.

Common Characteristics and Drivers for Recovery
If you have been impacted by Panda in the past, or if you are simply interested in the algorithm update, then I’m sure you are wondering why these specific companies recovered on 3/24.  And no, not all companies I’m helping with Panda recovered.   Now, only Google knows the refinements they made to the Panda algorithm to soften its blow on small businesses.  That said, I think it’s important to understand what Panda victims have addressed in order to better understand how the algorithm works.

Below, I’ll cover some of the common problems I’ve been helping companies tackle over the past several months Panda-wise (the companies that recovered during UMarch14).  I’m not singling out certain factors as the trigger for this specific update and recovery.  But I do think it’s worth covering several of the factors that were causing serious problems Panda-wise, and that were rectified over the past few months leading up to the recoveries.

Over-optimized Thin Pages
Several of the websites that experienced recovery had serious problems with thin pages that were over-optimized.  For example, pages with very little content combined with over-optimized title tags, meta descriptions, body copy, etc.  And the body copy was typically only a paragraph or two and was clearly written for search engines.

Doorway Pages
Along the same lines, several of the companies employed doorway pages to try and gain organic search traffic across target keywords.  For example, they would reproduce pages and simply change the optimization to target additional keywords.  For some of the sites I was helping, this was rampant.

Keyword Stuffing
Some of the companies that saw recovery were keyword stuffing pages throughout their sites.  For example, all core page elements excessively contained target keywords.  The copy was extremely unnatural, the on-page titles (which were often the h1s), were clearly targeting keywords, the navigation was all using exact match anchor text, and the footer was crammed with more keyword-rich content and exact match anchor text links.  And many times, the target keywords were repeatedly bolded throughout the content.  It was obvious what the goal was while analyzing the pages… it was all for SEO. 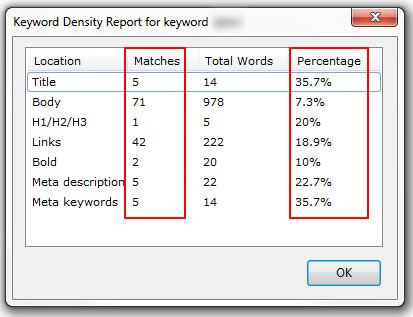 Affiliate Links
Several of the companies that saw recovery were including followed affiliate links in the site content.  Those links should absolutely have been nofollowed.  During initial audits I would uncover followed affiliate links, flag them, and document them in a spreadsheet.  When sharing my findings with my clients, some of the links were so old that my clients didn’t even remember they were there!  “Affiliate creep” can cause big problems post-Panda.  Nofollowing all affiliate links or removing them was important for sure. 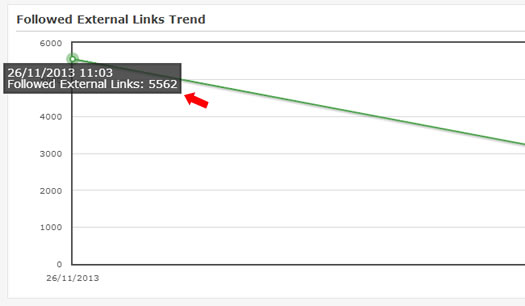 Nuking Duplicate Content or Noindexing Thin Pages
Some of the companies that saw recovery had an excessive amount of duplicate or thin content.  Upon surfacing the problematic urls, my clients either removed or noindexed those pages.  In some cases, that impacted tens of thousands of pages (or more).  Addressing “low-quality” content is one of the most important things a company can do Panda-wise.  And that’s especially the case if some of those pages were ranking well in Google (prior to the Panda hit).  You can read more about the sinister surge in traffic before Panda strikes to learn more about that phenomenon. 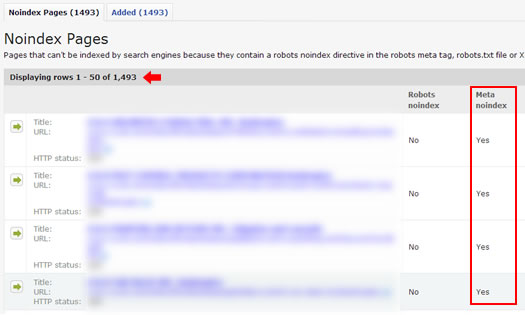 Warning: Some Sites Slipped Through The Panda Cracks
I also wanted to quickly mention something that can happen with algorithm updates.  There were two sites I analyzed that showed a modest recovery that shouldn’t have recovered at all.  They were rogue sites that some of my clients had set up in the past that were simply sitting out there.  Those sites are not getting a lot of attention from my clients, and there has been very little work on those sites from a Panda standpoint.  Needless to say, I was surprised to see those sites positively impacted by Panda UMarch14.  Sure, they didn’t surge in traffic, but they definitely increased starting on the 24th.  This also leads me to believe that we saw the softer Panda update that Matt Cutts mentioned.

Summary – Be In It For The Long Haul
As I explained earlier, Matt Cutts promised a “softer Panda” at SMX West that could help small businesses.  Based on what I have seen, that new update might have rolled out on 3/24.  I saw a number of companies that were dealing with Panda problems recover to some extent starting on that date.

If you have been hit by Panda, then the recoveries I documented above should signal hope.  The companies that saw recovery have worked hard to rectify a range of “content quality” problems.  Audits were completed, problems were identified, and a lot of work was completed over the past few months.

The good news is that a number of the websites making significant changes saw a positive impact from Panda UMarch14.  I think it underscores a Panda philosophy I have been preaching for a long time.  You must be in it for the long haul.  Short-term thinking will not result in recovery.  You need to have the proper analysis completed, identify all content-related problems, and work hard to rectify them as quickly as  you can.  And Google crafting an algorithm update that softens the blow of Panda sure helps.  So thank you Matt Cutts.  From what I can see, there are companies seeing more traffic from Google today than they did a week ago.  And that’s never a bad thing.