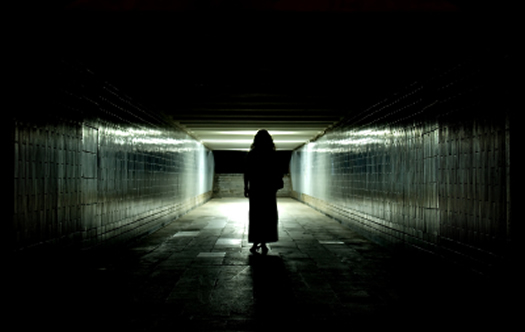 In early May there was a lot of chatter in the webmaster forums about a major Google update.  Google wouldn’t confirm that it occurred (big shock), but the level of chatter was significant.  Not long after that, Matt Cutts announced that Penguin 2.0 would be rolling out within the next few weeks, and that it would be big.  All signs point to a major update that will be larger and nastier than Penguin 1.0.  Now, I’ve done a lot of Penguin work since April 24, 2012 when Penguin 1.0 rolled out, and I can’t imagine a larger, nastier Penguin.  But that’s exactly what’s coming.

So what was this “phantom update” that occurred on May 8th?  Was it a Panda update, some other type of targeted action, or was it actually Penguin 2.0 being tested in the wild?  I’m a firm believer that Google rolls out major updates to a subset of websites prior to the full rollout in order to gauge its impact.  If Penguin 2.0 is rolling out soon, then what we just saw (the phantom update) could very well be our new, cute black and white friend.  I guess we’ll all know soon enough.

*Update: Penguin 2.0 Launched on 5/22*
Penguin 2.0 launched on May 22nd and I have analyzed a number of sites hit by latest algorithm update. I published a post containing my findings, based on analyzing 13 sites hit by Penguin 2.0.  You should check out that post to learn more about our new, icy friend.

The First Emails From Webmasters Arrived on May 9th
The first webmasters to contact me about this phantom update were confused, nervous and seeking help and guidance.  They noticed a significant drop in Google organic search traffic starting on the prior day (May 8th), and wanted to find out what was going on.  Four websites in particular saw large drops in traffic and were worried that they got hit by another serious Google algorithm update.

So, I began to heavily analyze the sites in question to determine the keywords that dropped, the content that was hit, the possible causes of the drop, etc.  I wanted to know more about this phantom update, especially if this could be the beginnings of Penguin 2.0.

Phantom Update Findings
After digging into each of the four sites since 5/9, I have some information that I would like to share about what this phantom update was targeting.  Since Penguin 1.0 heavily targeted unnatural links, I wanted to know if this update followed the same pattern, or if there were other webspam factors involved (and being targeted).   Now, my analysis covers four sites, and not hundreds (yet), but there were some interesting findings that stood out.

Below, I’ll cover five findings based on analyzing websites hit by Google’s Phantom Update on May 8th.  And as Penguin 2.0 officially rolls out, keep an eye on my blog.  I’ll be covering Penguin 2.0 findings in future blog posts, just like I did with Penguin 1.0.

Reminder: Algorithmic Updates = Tough Stuff
By now, you might notice something important… how hard analyzing updates like this can be for SEOs (and trying to pinpoint the root cause).  Was it unnatural links that got these sites hit by the phantom update, or was it the content piece?  Or, was it the combination of both?  If this is Penguin 2.0, does it score a site based on a number of webspam tactics?   Based on what I’ve heard and read about Penguin 2.0, this very well could be the case.  Again, more data will hopefully lead to a clearer view of what was targeted.

The Big Question – Was this Pre-Penguin 2.0 or something else?
Based on my analysis of sites hit by the phantom update, I’m wondering if we are looking at a two-headed monster.  Maybe some combination of Panda and Penguin that Google is calling Penguin 2.0?  If that’s the case, it could be disastrous for many webmasters.  And maybe that’s why Matt Cutts is saying this is going to be larger than 1.0 (and why he even shot a video about what’s coming).

Based on what I found, links seemed to definitely be an issue, but there were content issues and earlier Panda hits too.  There were several factors at play between the four sites I analyzed, and it’s hard to tell what exactly triggered each hit.  The only good news for webmasters out there is that none of the four seemed like collateral damage.  Each had its own issues to deal with webspam-wise.

Stay Tuned – There’s an Icy Update Approaching
That’s all I have for now.  If you have any questions, feel free to include them in the comments below.  And definitely keep an eye on my blog as Penguin 2.0 rolls out.  As I mentioned above, I’ll be heavily analyzing websites hit the new and nastier Penguin.  Good luck.