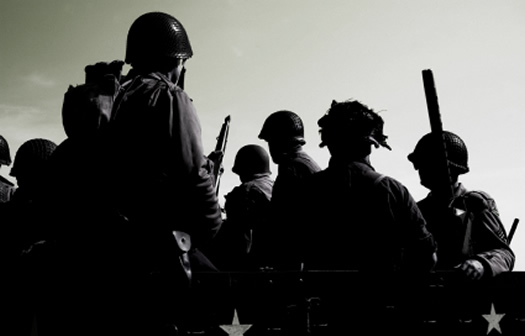 After Penguin first hit on April 24th, I started performing a lot of analysis on websites that were affected.  I ended up quickly publishing my findings in two blog posts here on the Internet Marketing Driver.  The first explained how exact match domains could be susceptible to penalty based on how those domains were being used.  A few days later, I wrote a second post that included initial findings based on analyzing a number of websites hit by Penguin.  In that post, I explained how the initial rollout of Penguin seemed extremely inbound link-heavy.  I simply wasn’t seeing other webspam tactics getting penalized.  Every website that I analyzed that had gotten nuked ended up having serious inbound link issues.

Based on writing those two initial posts, I’ve had numerous businesses reach out to me that have been hit by Penguin.  They range from businesses running one single website to owners of hundreds of websites.  It’s been absolutely fascinating to hear what’s happened to various websites (and networks), and then be able to analyze those sites.  In total, I’ve analyzed approximately 60-70 websites since Penguin hit.  As a result, I have a lot of data.  My goal with this post today is to share some of my findings, explain what I’m seeing, and shed some light on the situation.

Real People, Real Problems
The first thing I wanted to mention before getting into my Penguin findings has little to do with SEO.  Since April 24th, I’ve had the opportunity to speak with a lot of business owners that have gotten hit by Penguin.  I’ve been amazed at how open everyone has been with me.  Some people emailed me, while others simply called me directly.  In almost all cases, you can feel their despair through emails or in their voices.

I just want to emphasize that no matter what you think about webmasters using grey hat or black hat tactics, it’s important to know that there are still people on the other side of those websites.  Real people, that now have real problems.  Yes, many broke the rules.  I get it.  But it’s still hard to hear some of the stories…   Some won’t be able to pay their medical bills now, while others are going to find it hard to pay their mortgages.  I think that gets lost when speaking about Penguin, and it shouldn’t.  That’s why I titled this article, “An Update from the Front Lines”.  It’s like digital combat.  And I’ve spoken directly with the wounded.

With that out of the way, let’s dig into my findings:

1. High Threshold of Exact Match Anchor Text Got Hammered
As I mentioned in my last post, Penguin 1.0 was extremely inbound link-heavy.  I haven’t seen other webspam tactics get hit like spammy inbound links.  Based on my analysis, websites with a high percentage of exact match anchor text were hammered.  For example, a site with 80%+ of its inbound links using exact match anchor text got smoked.  Performing an inbound link analysis on many of the sites I reviewed revealed unnatural links.  That included links on low quality sites, article marketing sites, etc. I have yet to come across a website with a truly diversified link profile get hammered by Penguin. 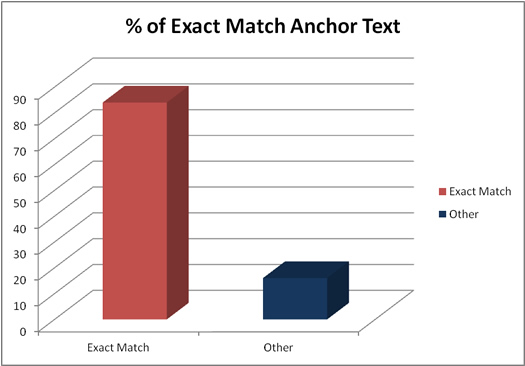 2. Other Spam Tactics Not Hit Yet
As part of my analysis, I came across several sites that were keyword stuffing, had over-optimized title tags, using doorway pages, etc., but didn’t get hit.  As I said in my previous post, I believe future releases of Penguin could hit those tactics.  I don’t believe sites using those methods are safe.  It is probably just a matter of time.  Beware.

3. Very Low False Positive Rate
I have seen a very low false positive rate.  Actually, I haven’t come across one site that was a clear false positive.  Also, Danny Sullivan interviewed Matt Cutts about Penguin this week, and Matt explained that Google is happy with the results of Penguin.  He said the false positive rate is very low.  I have to agree with his assessment.  I’ve analyzed many websites and almost every one of them had serious inbound links issues.

By the way, it also sounds like Penguin will be rolled out periodically (like Panda).  If that’s the case, then you won’t notice any changes until the next version of Penguin rolls out (no matter what you change in the meantime).

4. Panda + Penguin = Confusion for Marketers
This one is really confusing webmasters.  Panda rolled out on 4/19, and then Google rolled out a Panda refresh on 4/27.  In between, Google rolled out Penguin.  As you can imagine, this is extremely confusing for marketers.  Many don’t know how to even determine what they were hit by.  And the last thing you want to do is to take action thinking you were hit by Penguin, when you were actually hit by Panda (or vice versa).  I’ve had several companies contact me saying they were hit by Penguin, when in reality, they were hit by Panda.  My advice is to make sure you know which update hit you, and then form a plan of attack.  If you are confused about this, contact a professional SEO.

5. Private Networks
I’ve had several owners of private networks contact me about Penguin.  To clarify, I’m calling a network of websites owned and operated by one entity as a private network.  The sites all leverage each other for links, and as you can guess, exact match anchor text links are heavily used.  Many of you reading this post would probably assume that all of the sites that were part of private networks would have gotten nuked equally.  But that’s not the case.  I analyzed dozens websites that were part of private networks and what I found is going to surprise you.  Only some of the network sites were hit, while other remained untouched.  Then there were some that dropped a few spots in the SERPs, but only marginally.

This was fascinating for me to analyze.  I would drill into a site that got hammered, and find all of the unnatural links.  Then I would analyze a site within the same network, with the same types of links, and it was untouched.  Then another site part of the network, with the same links, only lost marginal rankings.  Why?  Did Google really miss those sites?  That’s hard to believe.  They all linked to one another using exact match anchor text.

I did start seeing a trend with certain categories of websites.  For example, categories A and B were getting hit, while category C was untouched (across websites).  This led to me to believe that Google might be targeting certain categories with Penguin 1.0.  I can’t say for sure if that’s the case, but I saw this several times during my analysis of multiple private networks. 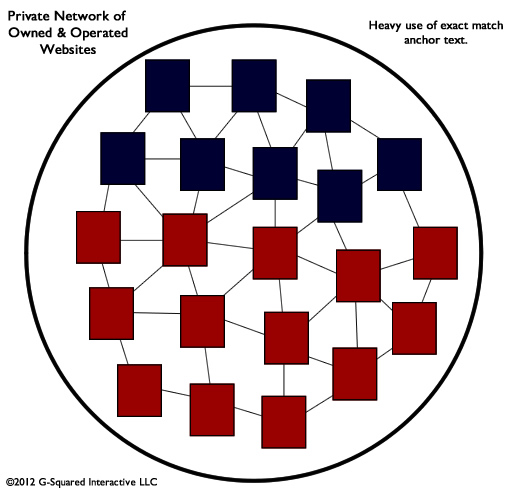 6. Google Isn’t Done With Public Link Networks
If private networks consist of websites owned and operated by one company, then public networks are large networks of websites where many different companies participate.  It’s more of a typical link network where sites unrelated to one another all link to each other.  As you can imagine, Google hated this tactic, and hammered many with Penguin 1.0.  But I noticed something really strange.  One of the largest public link networks I came across was untouched.  Literally, not one site that I checked seemed to have gotten hit by Penguin.  Again, how in the world did Google miss a network this large?  It just didn’t make sense.

Since these sites were all unrelated, the category issue I mentioned earlier couldn’t be what saved them.  So why would Google let such a large network of websites survive?  Good question, and it seems like it’s just a matter of time before that network gets hit.  I think this just proves that Penguin wasn’t perfect.  So, although I didn’t see any true false positives during my analysis, I did see some false negatives.  I expect future releases of Penguin to address those issues.

7. Penalty vs. Devalued Links
I mentioned earlier that I saw some sites get nuked while others were only marginally hurt.  I mentioned this earlier when referring to private link networks.  But, I also saw some standalone websites with unnatural link profiles drop in rankings, but not get annihilated.  So, why would some sites get hammered while other simply drop slightly in rankings?

This probably means that Google simply devalued the links pointing to the sites that were marginally hit, versus applying a serious penalty to the site.  If a site fell off the Google map, it was penalized.  If it dropped a few spots in search, or jumped to page 2, it’s possible that some of the website’s inbound links were devalued.  It’s worth noting, and you should analyze your rankings to determine if you were hit hard by Penguin or if you are experiencing devalued links.

Back to the Front Lines. More Updates Soon
That’s what I have for now.  It’s definitely ugly out there.  My recommendation is to analyze your current situation the best you can.  Determine what you were hit by, Panda or Penguin, and then form a plan of attack.  During my analysis, I found there are some sites with a clear problem, while others involve a deeper analysis.  Good luck.