Summary: I analyzed the first double Penguin recovery I have come across during my research (after the Penguin 2.1 update). But what I found could reveal a glitch in the Penguin algorithm. And that glitch could be providing a false sense of security to some business owners. 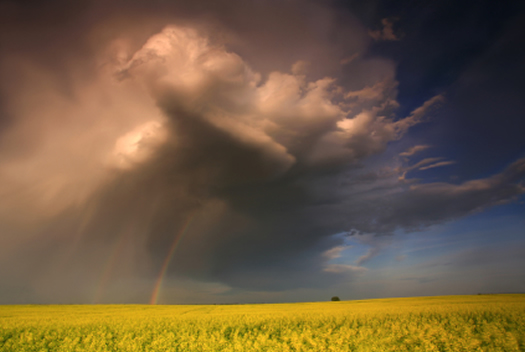 If you have followed my blog and Search Engine Watch column, then you know I do a lot of Penguin work.  I started heavily analyzing Penguin 1.0 on April 24, 2012, and have continued to analyze subsequent Penguin updates to learn more about our icy friend.  I’ve had the opportunity to help many companies deal with Penguin hits, and have helped a number recover (and you can read more about those recoveries via several case studies I have written).  It’s been fascinating for sure.  But it just got even more interesting, based on analyzing a site that recovered during Penguin 2.1.   Read on.

Penguin 2.1 rolled out on October 4, 2013, and based on my analysis, it was bigger and badder than Penguin 2.0.   Matt Cutts confirmed that was the case during Pubcon (which was great to hear, since it backed up what I was seeing).  But as I documented in one of my recent Search Engine Watch columns, Penguin 2.1 wasn’t all bad.  There were recoveries, although they often get overshadowed by the carnage.  And one particular recovery during 2.1 caught my attention and deserved further analysis. That’s what I’ll cover in this post.

Ladies and Gentlemen, Introducing The Double Penguin Recovery
I believe it’s important to present the good and the bad when discussing Penguin updates, since there are still some people in the industry who don’t believe you can recover.  But you definitely can recover, so it’s important to document cases where companies bounce back after completing hard Penguin recovery work.

An example of a Penguin recovery:

Now that would be an interesting case to discuss… and that’s exactly what I saw during Penguin 2.1.  Interested?  I was too.  :)

Double Penguin Recoveries Can Happen
After Penguin 2.1, I analyzed a website that experienced its second Penguin recovery.  The site was first hit by Penguin 1.0 on April 24, 2012, and recovered in the fall of 2012.  And now, with 2.1 on 10/4/13, the site experienced another surge in impressions and clicks from Google Organic.

The second Penguin recovery on October 4, 2013:

I’ve done a boatload of Penguin work since 2012, and I have never seen a double Penguin recovery.  So as you can guess, I nearly fell out of my seat when I saw the distinct bump on October 4, 2013.

Penguin Recoveries Lead To Penguin Questions
Based on the second recovery, the big questions for me (and I’m sure you as well), revolve around the reason(s) for the double recovery.  Why did this specific site see another surge from Penguin, when they already did in the past (after hard recovery work)?  Were there any specific factors that could have led to the second recovery?  For example, did they build more natural links, add high quality content, disavow more links, etc?  Or was this just an anomaly?  And most importantly, did Penguin help this website a second time, when it never should have?  In other words, was this a false negative (with the added benefit of a recovery)?  All good questions, and I hope to answer several of them below.

The Lack of Penguin Collateral Damage
I’ve always said that I’ve never seen collateral damage with Penguin.  Every site I’ve analyzed hit by Penguin (now 312), should have been hit.  I have yet to see any false positives.  But with this double recovery, we are talking about another angle with Penguin.  Could a site that shouldn’t see a recovery, actually recover?  And again, this site already recovered during a previous Penguin update.  Could this second recovery be a glitch in Penguin, or were there other factors at play?

History with Penguin
Let’s begin with a quick Penguin history for the website at hand.  It’s an ecommerce website that was devastated by Penguin 1.0 on April 24, 2012.   The site lost close to 80% of its Google Organic traffic overnight. 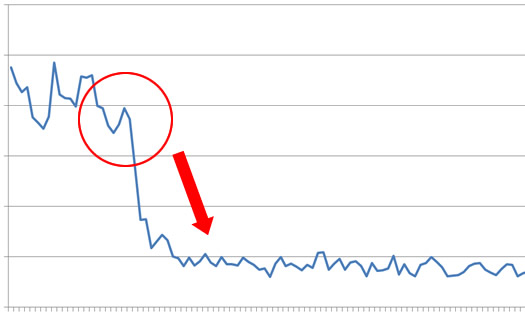 The site had built thousands of exact match and rich anchor text links over years from spammy directories.  The link profile was riddled with spam.  After the Penguin hit on 4/24/12, their staff worked hard on removing as many links as they could, contacted many directory owners (with some success), and then disavowed what they could not manually remove.  Yes, the disavow tool was extremely helpful for this situation.

The site recovered relatively quickly from Penguin (within two months of finishing the recovery work). The site recovered to about 40% of its original traffic from Google Organic after the Penguin recovery.  That made sense, since the site had lost a majority of links that were once helping it rank for competitive keywords.  Now that the unnatural links were removed, the site would not (and did not) recover to full power.  That’s because it never should have ranked highly for many of the keywords in the first place.  And this is where the site remained until Penguin 2.1.

And Along Came Penguin 2.1
After Penguin 2.1 hit, the site experienced an immediate surge in impressions and traffic from Google Organic (and this was crystal clear to see in Google Webmaster Tools).  I’m not sure anyone was expecting a second Penguin recovery, but there it was…  as clear as day.

Impressions were up over 50% and clicks were up close to 60% (when comparing the timeframe after Penguin 2.1 to the timeframe prior).   Checking webmaster tools revealed extremely competitive keywords that were once targeted by Penguin, now gaining in average position, impressions, and clicks.  Certain keywords jumped by 10-15 spots in average position.  Some that were buried in Google were now on page one or page two.  Yes, Penguin 2.1 was providing a second shot in the arm for the site in question. 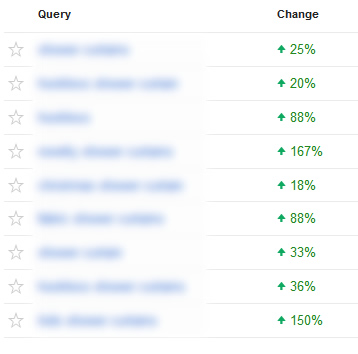 It was amazing to analyze, but I couldn’t stop several key questions from overpowering my brain.  What changed recently (or over time) that sent the right signals to Google?  Why would the site recover a second time from Penguin?  And could other websites learn from this in order to gain the infamous double Penguin recovery?  I dug into the site to learn more.

What Changed, Why a Second Recovery?
What you’re about to hear may shock you.  It sure shocked me.  Let’s start with what might be logical.  Since Penguin is hyper-focused on links, I reviewed the site’s latest links from across Google Webmaster Tools, Majestic SEO, and Open Site Explorer.

If the site experienced a second Penguin recovery, then I would assume that new links were built (and that they were a heck of a lot better than what got the site initially hit by Penguin).  Google Webmaster Tools revealed a doubling of inbound links as compared to the timeframe when the site first got hammered by Penguin (April 2012).  Majestic SEO and Open Site Explorer did not show as much movement, but did show an increase.

I exported all of the new(er) links and crawled them to double check anchor text, nofollow status, 404s, etc.  And I paid special attention to the links from Google Webmaster Tools, since it showed the greatest number of new links since the first Penguin recovery.  It’s also worth noting that Majestic showed a distinct increase in backlinks in early 2013 (and that includes both the raw number of links being created and the number of referring domains). 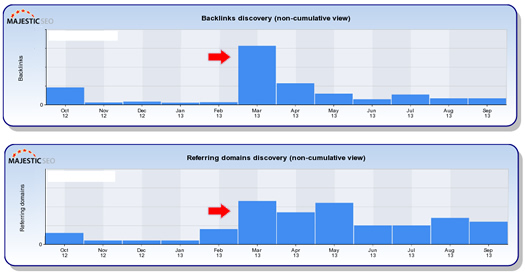 Surely the natural, stronger linkbuilding was the reason the site experienced a double Penguin recovery, right?  Not so fast, and I’ll explain more about this next.  It seems Penguin might be glitchy.

More Unnatural Links = Double Penguin Recovery?  Crazy, But True
Believe me, I was really hoping to find stronger, natural links when checking the site’s latest link reporting.  But that wasn’t the case.  I found more spammy links from similar sources that got the site initially hit by Penguin in 2012.  Spammy directories were the core problem then, and they are the core problem now.  Actually, I could barely find any natural links in the new batch I checked.  And that was disturbing.

With all of my Penguin work (having now analyzed 312 websites hit by Penguin), I have yet to come across a false positive (a site that was hit that shouldn’t be hit).  But how about a site recovering that shouldn’t recover?  That’s exactly what this case looks like.  The site built more spammy links after initially recovering from Penguin, only to experience a surge in traffic during Penguin 2.1.  That’s two Penguin recoveries, and again, it’s the first time I have seen this.

The Danger of Heavily Relying on the Disavow Tool
To clarify, I don’t know if the site’s owner or marketing staff meant to build the newer spammy links.  Unnatural links tend to have an uncanny way of replicating across other low-quality sites.  And that’s especially the case with directories and/or article marketing.  So it’s possible that the older, spammy links found their way to other directories.

When You Disavow Links, They Still Remain (and Can Replicate): 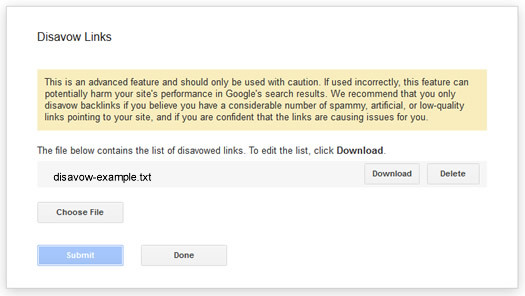 This is why I always recommend removing as many links as possible versus relying on the disavow tool for all of them.  If you remove them, they are gone.  If you disavow them, they remain, and can find their way to other spammy sites.

What Does This Tell Us About Penguin?
To be honest, I’m shocked that Penguin was so wrong.  The initial Penguin recovery in 2012 was spot on, as the company worked hard to recover.  They manually removed a significant percentage of unnatural links, and disavowed the rest.  Then they recovered.  But now they experienced a second recovery, but based on the site building more unnatural links (and from very similar sources to the original unnatural links that got them hit in 2012).

So, is this a case of Penguin not having enough data on the new directories yet?  Also, did the company really test the unnatural link waters again by building more spammy links?  As mentioned above, I’ve seen spammy links replicate themselves across low-quality sites before, and that’s especially the case with directories and/or article marketing.  That very well could have happened, although it does look like the links were built during a specific timeframe (early 2013).  It’s hard to say exactly what happened.

Also, will the company eventually get hit by Penguin again (for a second time)?  It’s hard to say, but my guess is the surge in traffic based on Penguin 2.1 will be short-lived.  I cannot believe that the newer, unnatural links will go undetected by our icy friend.  I’m confident the site will get hit again (unless they move quickly now to remove and/or disavow the latest unnatural links).  Unfortunately, the site is teed up to get hit by Penguin.

Summary – Penguin 2.1 Was Wrong (for Now)
This was a fascinating case to analyze.  I have never seen a double Penguin recovery, and I have analyzed hundreds of sites hit by Penguin since April of 2012.  The website’s second recovery looks to be a mistake, as Penguin must have judged the new links as “natural” and “strong”.  But in reality the links were the same old spammy ones that got the site hit from the start.  They were just on different websites.