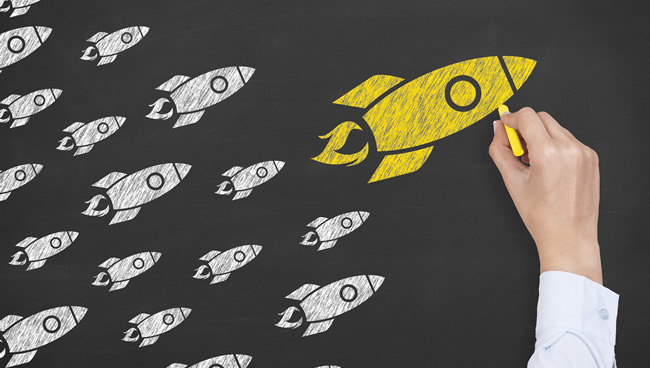 If you have been following my posts over the past few years, then you know I’ve heavily tracked Google featured snippets. They are fascinating to me, take up a large chunk of real estate in the SERPs, and can drive a ton of traffic. You can read my previous posts about featured snippets to learn more about this. I’ve also presented at SMX East about the power featured snippets, and I’ll be presenting there once again in October!

Another frustration is that Google can use your image in another site’s featured snippet. That’s a topic for another post, but needless to say, that situation can be extremely frustrating for site owners. By the way, I was able to test editing one of my images that was being used in another site’s featured snippet and it seems the algo is smart enough to know the image was being manipulated. You can read more about the case study in my blog post from earlier this year.

So, we know that featured snippets are dynamic, powerful, frustrating, and temperamental. But let’s be clear… you definitely want them. They build near-instant credibility and can drive a boatload of traffic.

What About Migrating Content To A Different Site Or Changing Domain Names?
Let’s say you had a good number of featured snippets being surfaced from your site, but you were planning on moving your content to a new website (for whatever reason). Maybe you are combining sites, moving content from one large site to a another that’s dedicated to a specific topic, etc. Or maybe you are simply changing domain names.

What would happen to your featured snippets at that point?

It’s a great question, and it’s something I have been watching closely over the past several months. I’ve tracked a number of sites that were moving their content to another domain, or switching domain names, and wanted to see how their featured snippets fared. Would Google migrate the featured snippets to the new site or domain, or would there be some type of reset?

In Search Of… Featured Snippets Moving Across Domains
A few months ago, I noticed the site shoebuy.com changed domain names to shoes.com. That was based on Wal-Mart buying the shoes.com domain name and starting the process of revamping the site (and leveraging the domain name).

At the time, shoebuy.com had a number of featured snippets. So, I started tracking some of them to see if they would port to shoes.com when the domain name switch was triggered. I didn’t track every possible featured snippet, but did track several.

It was interesting to see how quickly some featured snippets moved from one domain to another when the content was properly 301 redirected. And now that it’s been a few months, you could see a number of those featured snippets are still present on the new domain. Remember, the featured snippets algorithm is extremely temperamental, so other factors could lead to a loss over time.

For example, here is a featured snippet for “how to size shoes” from shoebuy.com in June of 2017: 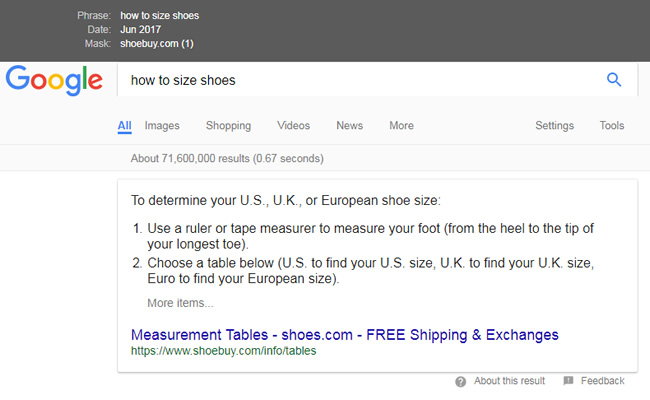 And here is the featured snippet after the domain name change to shoes.com: 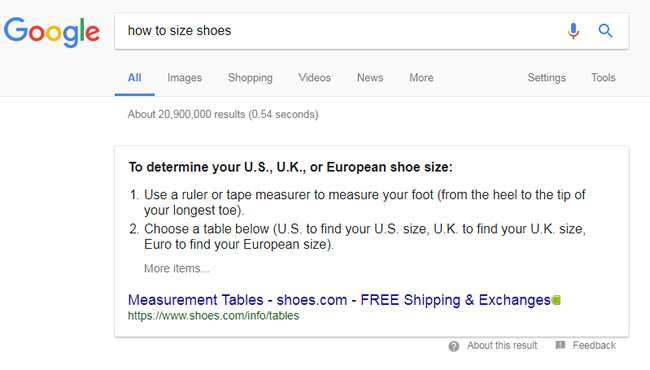 Here’s another example of a featured snippet on shoebuy.com before the content migration: 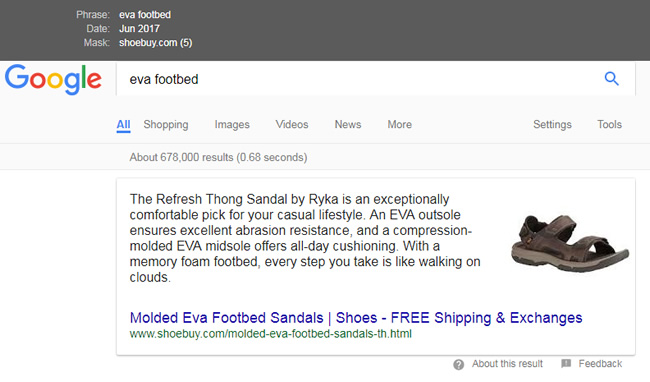 And here’s the featured snippet on shoes.com after the domain name change: 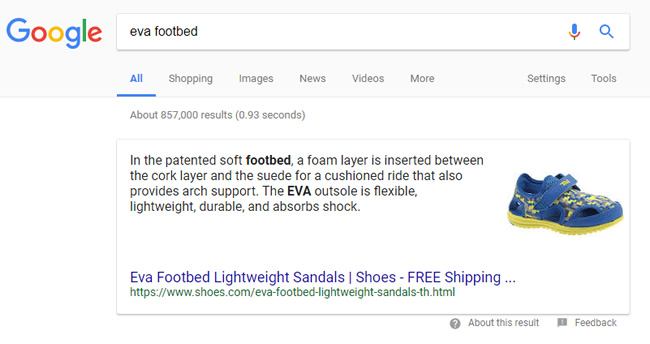 Testing several of the featured snippets that were present before the domain name change reveals that some did in fact get pushed to the new domain.

For example, here is a featured snippet for “iwatch price” before the content migration: 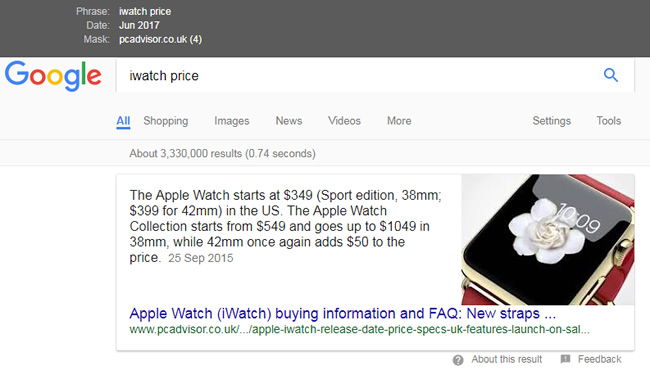 And here is the featured snippet after the migration to techadvisor.co.uk: 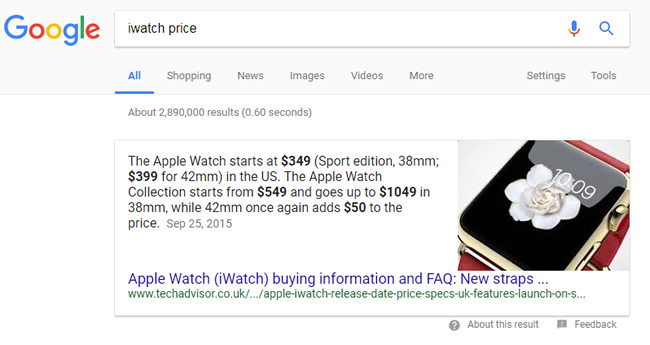 And here is another featured snippet from pcadvisor.co.uk before the migration: 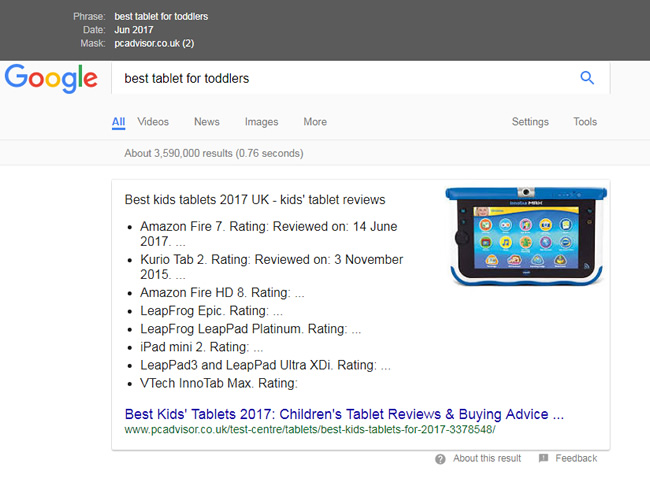 And here is the featured snippet on techadvisor.co.uk after the domain name change: 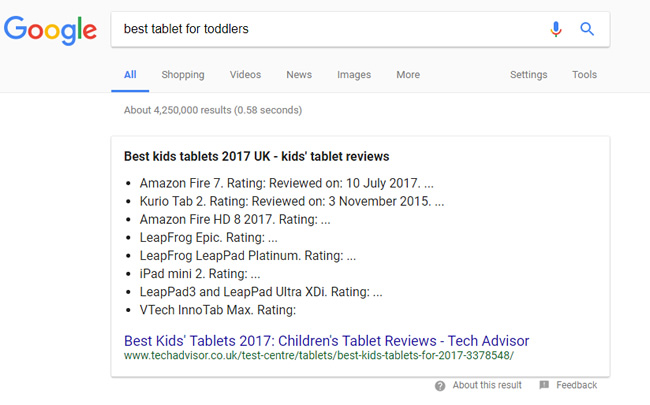 For example, here’s a featured snippet still showing for pcadvisor.co.uk today, even though the content was migrated to techadvisor.co.uk a few months ago: 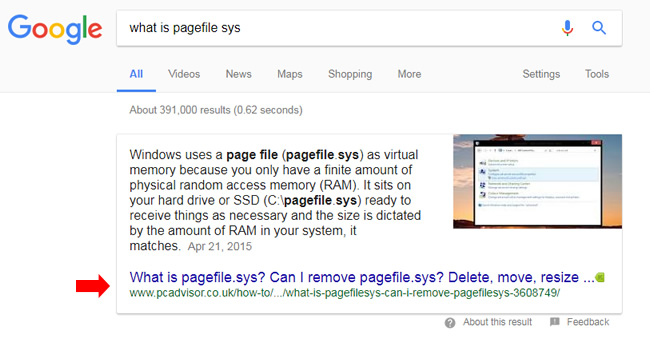 Therefore, just know that you might see your old urls being surfaced in featured snippets as Google recrawls your site.

Key Learnings – Retaining Featured Snippets and The Importance of Clean Migrations
There are several findings based on analyzing featured snippets during site migrations and domain name changes. First, Google can port featured snippets during a content migration from one site to another. Again, this might not happen for every site, but I have seen them move cleanly from one site to another when the content is properly redirected (which brings me to my next point).

Both case studies underscore the importance of performing a clean migration. For example, making sure 301 redirects are in place and avoiding 404s or redirecting to less relevant urls (like a homepage or a category page). If you do, you can obviously lose any rankings associated with the urls. A 404 will result in the page being removed from Google’s index, while redirects to less-relevant urls can yield soft 404s (which will ultimately be treated as hard 404s).

Summary – Retain Your Featured Snippets (for as long as you can)
Again, featured snippets can be extremely powerful. They can build near-instant credibility and drive a lot of traffic to your site. Therefore, if you need to migrate content to another site or change domain names, then make sure you execute the migration perfectly. If you do, you have a solid chance of retaining your precious featured snippets. That’s at least until the featured snippets algo hunts down a better answer (or one it believes is better). Good luck.