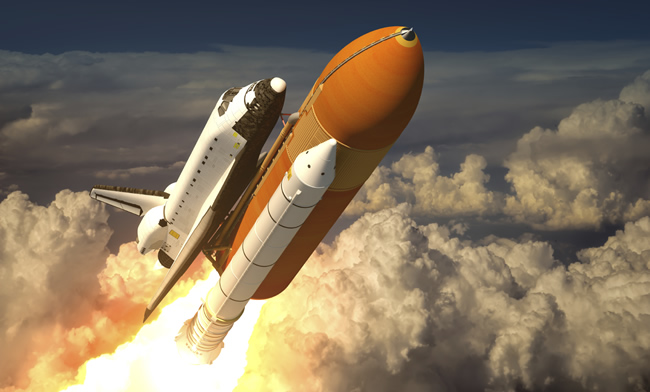 4/21/15 was a date marked down in every SEO’s calendar with a giant red star next to it. That’s the day Google planned to roll out its mobile-friendly algorithm. They preannounced the update, which is rare, and Google explained it would have a significant impact on the smartphone search results.

Then I started to notice differences in the desktop rankings versus smartphone rankings across a number of sites I’m tracking. Google did say it could take a week to roll out, so I’m sure this is just the beginning.

I’ve provided screenshots below of the initial examples. I’ll provide the domain, query, desktop ranking, smartphone ranking, and screenshots for both mobile and desktop. Note, I’ll try and update this post with more examples as time goes on.

Example 1:
Domain: potterybarnkids.com
Notes: Most of potterybarnkids.com is mobile-friendly, but there are still pages that aren’t. I ran across this example today while researching the niche. The page ranks #5 in desktop, but slips to #11 in the smartphone results.
Query: girls bedroom ideas
Desktop Ranking: 5
Smartphone Ranking: 11 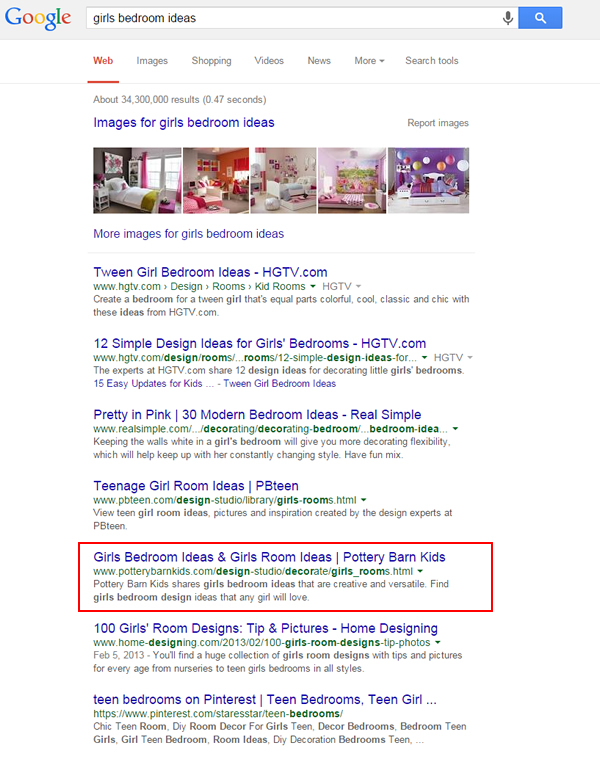 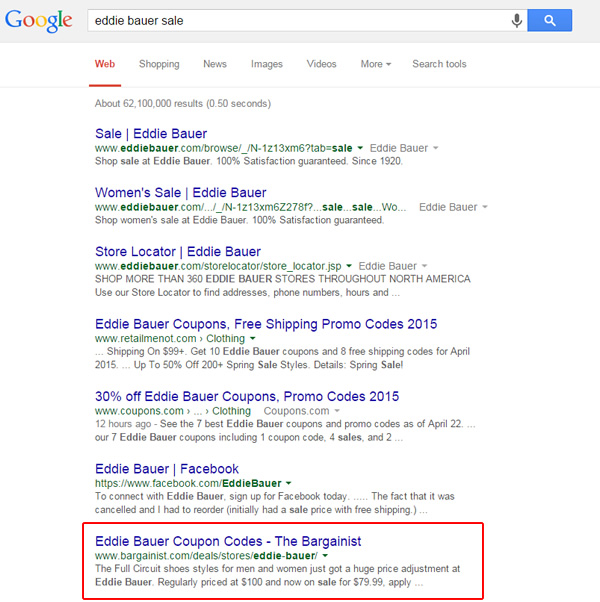 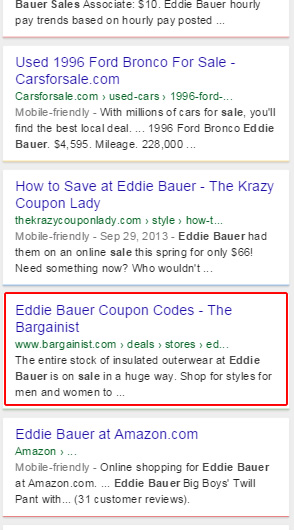 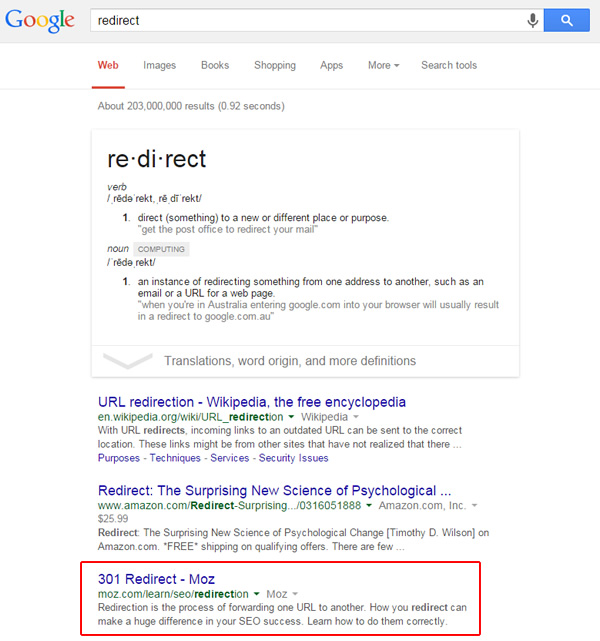 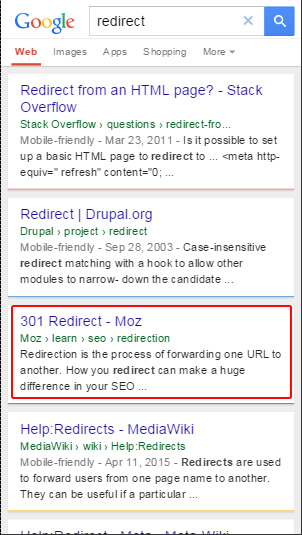 Example 4:
Domain: atu2.com
Query: with or without you
Desktop Ranking: 11
Smartphone Ranking: 23 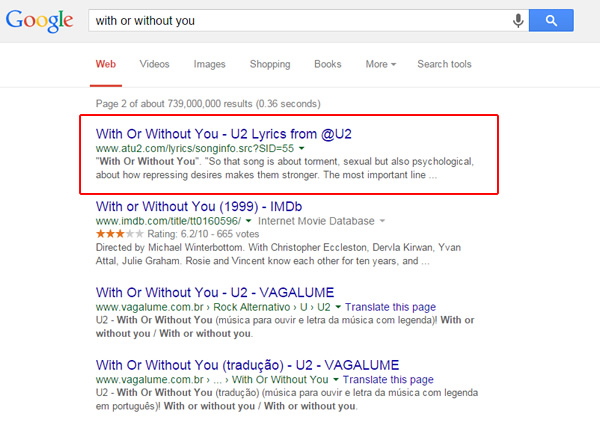 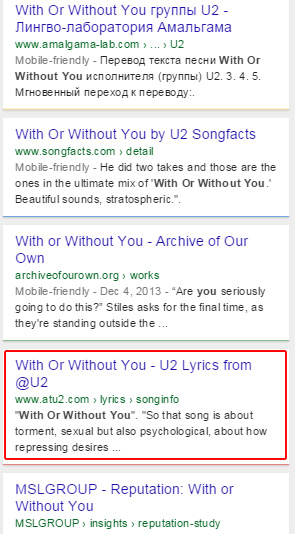 Example 5:
{Update 4/26:} I picked up another example of the mobile friendly algorithm in action. It’s an interesting one, as one url moved from #6 to #10, another jumped from page 2 to page 1, while another url slid to page 3 from page 2. Needless to say, moving from page 1 to 2 (or beyond), or vice versa, can have a big impact on visibility and traffic. 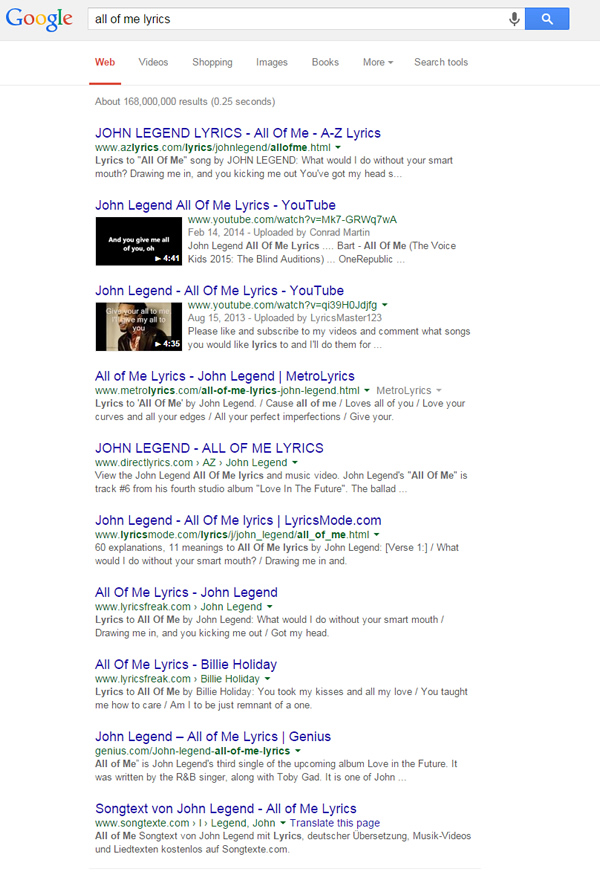 Smartphone Rankings (Page 3): Songlyrics.com moved to #22 from #12 in desktop SERPs: 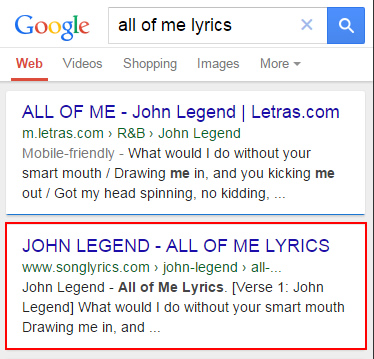 Example 6:
{Update: 4/27} – I’ve added another example based on my research. The screenshots below show the results for boxofficemojo.com. The site ranks #8 in the desktop SERPs for the query “kingsman”, but slides to #19 in the smartphone rankings. 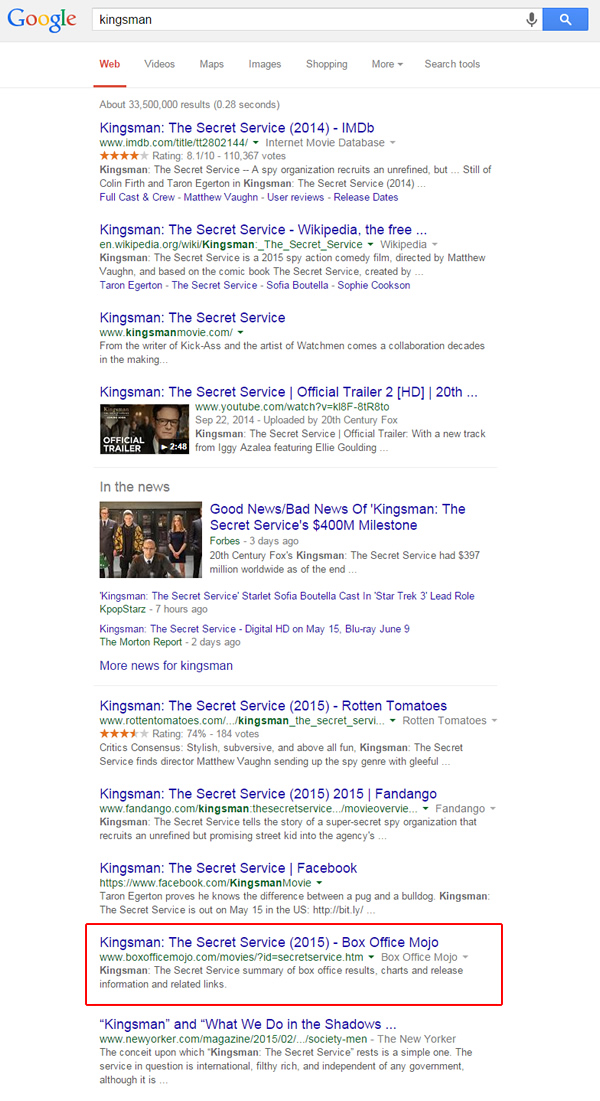 Example 7:
{Update: 4/28} – I’ve added another example based on my research. It’s an interesting one, since the domain (tomsguide.com) seems to be dropping significantly in the smartphone search results, while ranking on page one in the desktop SERPs.

The screenshots below show tomsguide.com ranking #9 in the desktop SERPs for the query “amazon black friday ad”, but slides to #45 in the smartphone rankings (page 5). Yes, that’s a drop of 36 spots. And the page on tomsguide.com is actually mobile-friendly. Very strange, but definitely worth noting. I’m not sure if this is a mistake on Google’s part or if something else is going on. 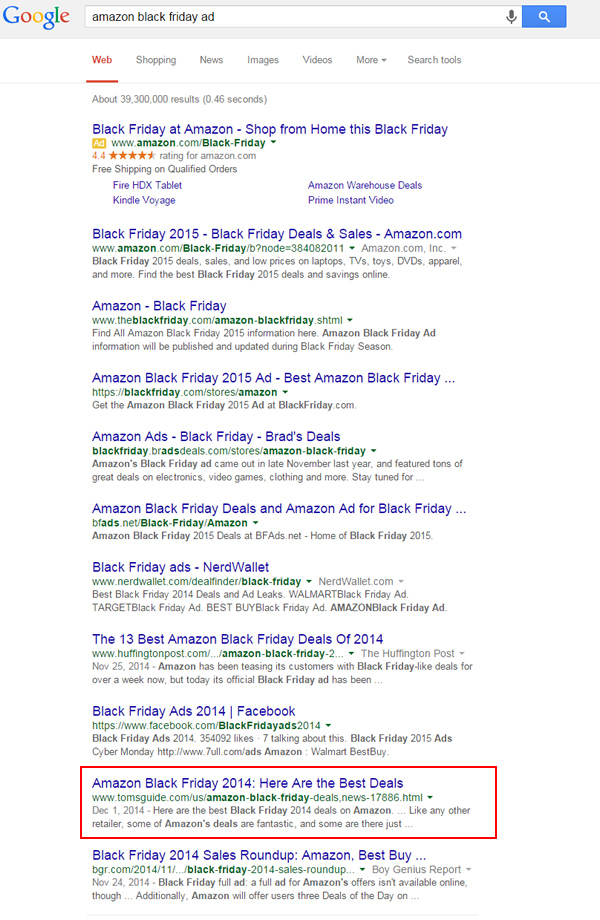 It was interesting to see the changes per query. For each of the sites, some rankings remained untouched, while others dropped. And then the rankings drop was sometimes only a few spots, where others were more extreme. This is similar to the smartphones ranking demotion case study I wrote about last year. Anyway, there’s a lot more data to go through before coming to any conclusions.

And these aren’t the only examples I’m seeing. Again, I’ll try and update this post with more examples soon.