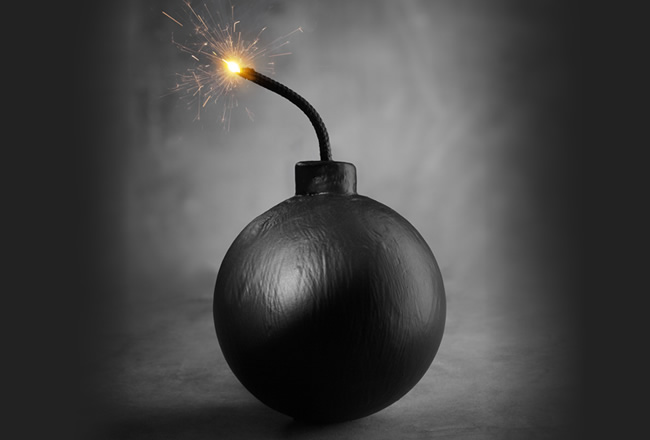 I’ve written in the past about how a robots.txt file could look fine, but actually not be fine. For example, maybe you add your directives, a sitemap file or sitemap index file, and then upload it to your site. You think all is good, but you find that directives are not being adhered to, maybe a boatload of urls that are being crawled that shouldn’t be, etc. When that happens, it can have a big impact on SEO (especially on large-scale sites with many urls that should never be crawled).

So why does this sinister robots.txt problem happen? It often comes to down a single character. Literally. Sure, it’s an invisible character, but a character nonetheless. It’s called the UTF-8 BOM and I’m going to explain more about that in this post. Unfortunately, I’ve come across this issue many times during audits and while helping companies with technical SEO. It’s sinister, since it’s invisible. But the results are extremely visible (and can be alarming).

Below, I’ll cover what UTF-8 BOM is, how it can impact your robots.txt file, how to check for it, and then how to fix the problem. So, if your robots.txt file is bombing, and you are still scratching your head wondering what’s going on, then this post is for you.

What is UTF-8 BOM?
BOM stands for byte order mark and it’s used to indicate the byte order for a text stream. It’s an invisible character that’s located at the start of a file (and it’s essentially meaningless from an SEO perspective). Some programs will add the BOM to a text file, which again, can remain invisible to the person creating the text file. And the BOM can cause serious problems when Google tries to read the file. Actually, the UTF-8 BOM can make your robots.txt file, well, bomb… Sorry for the play on words here, but I couldn’t resist. :)

What can happen to a robots.txt file when UTF-8 BOM is present?
As mentioned above, when your robots.txt file contains the UTF-8 BOM, Google can choke on the file. And that means the first line (often user-agent), will be ignored. And when there’s no user-agent, all the other lines will return as errors (all of your directives). And when they are seen as errors, Google will ignore them. And if you’re trying to disallow key areas of your site, then that could end up as a huge SEO problem.

For example, here’s what a robots.txt file looks like in GSC when it contains UTF-8 BOM: 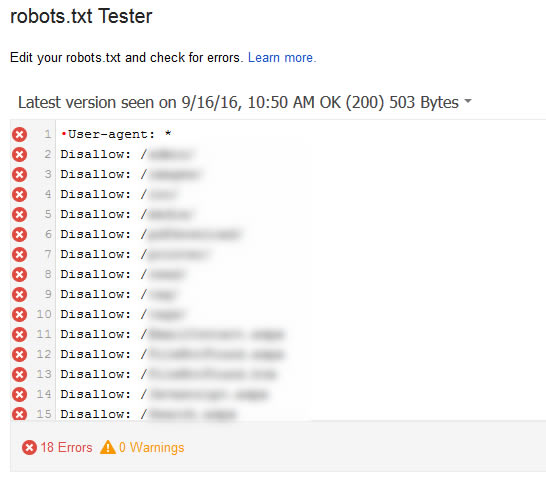 1. First, fire up GSC and use the robots.txt Tester. When you view the report, does it look like the screenshot above? Is the first line showing a red X next to it? If so, hover over the x and you might see a hint that says, “Syntax not understood”. If so, there’s a good chance you’ve got the UTF-8 BOM situation I’ve been explaining. 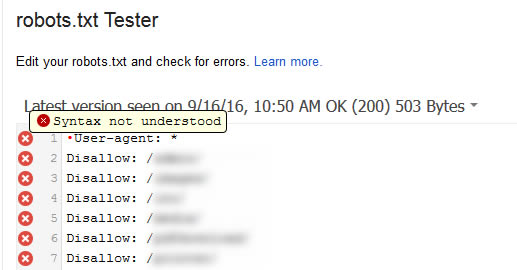 2. Next, visit the W3C Internalization Checker. This tool will enable you to upload your robots.txt file and check for the presence of UTF-8 BOM.

The tool will return the results, which will include a line about UTF-8 BOM. If you see that in the results, you know what the problem is (which is great). That’s the smoking gun. 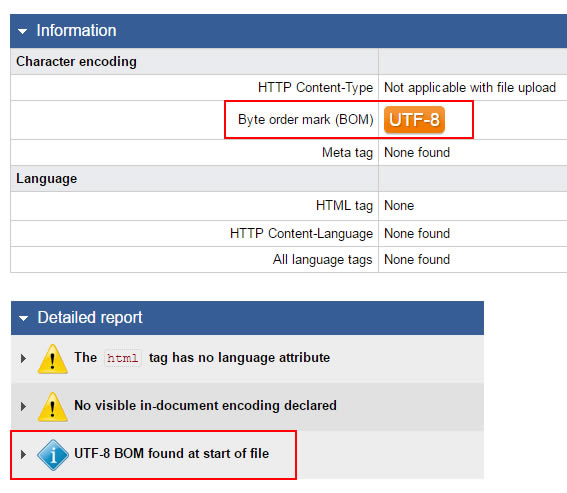 How to fix UTF-8 BOM in your robots.txt file:
Fixing the issue is pretty easy. I recommend using a text editor like Textpad to create your new robots.txt file. When saving the file, ensure that BOM is not selected (some text editor programs have an option for adding the BOM).

Once you make the changes, then use the W3C internationalization tool to check the revised file. If the BOM doesn’t show up, you’re good to go. If it is, you are doing something wrong while creating the robots.txt file. Go back and start over using a pure text editor.

After you’ve fixed the problem, head back to GSC and to the robots.txt Tester. The tool enables you to submit a request to Google to retrieve your latest robots.txt file (after you upload the new one). 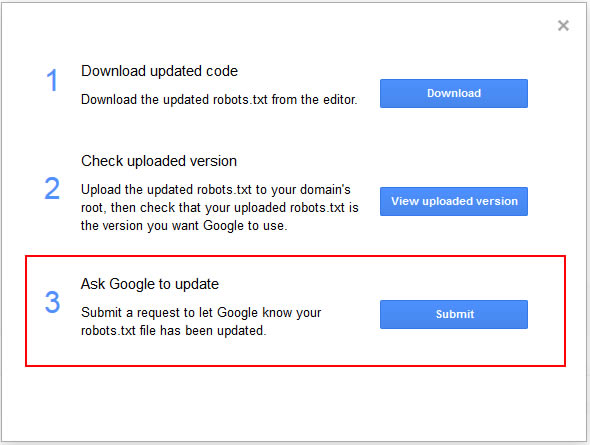 If you’ve done everything correctly, the errors should be removed from the robots.txt Tester and your directives will now work (blocking directories and files that should not be crawled).

Side note: Blocking does not mean “remove from index” (usually):
If you’ve been experiencing robots.txt issues due to the UTF-8 BOM problem I’ve covered here, your work might not be done. If many pages have been indexed, then just blocking via robots.txt will not remove those pages from the index. Over time, Google can remove them, but I would try and get those undesirable urls out of Google’s index quickly.

For example, you could add the meta robots tag using “noindex” and submit an xml sitemap to Google that contains all of the urls that you want deindexed. Then once you’re sure those urls are deindexed, you could block those directories again via robots.txt. But remember, if you add noindex to files that are being blocked via robots.txt, then Google will never be able to see the meta robots tag… You will need to let Google recrawl those pages first, see the meta robots tag using noindex, and then you can start blocking the files again. That’s a confusing subject for many in SEO, but it’s a really important one.

Summary – Don’t Let UTF-8 BOM Turn Into An SEO Bomb
There are several hidden and sinister problems that can rear their ugly heads in SEO. The UTF-8 BOM is one of them. If your robots.txt file is not working as expected, throwing errors, and causing serious headaches, then follow the instructions in this post to test for UTF-8 BOM. You might find that a hidden character is the gremlin causing major SEO problems. Then it’s up to you to remove that problem by “disarming the BOM”. :)