**Update, January 2012**
I have updated this post based on recent changes to Facebook. Due to the introduction of Timeline, the process for removing your mobile contacts has changed. And yes, it’s harder to find now (which isn’t shocking since we’re talking about Facebook. :) Follow the updated instructions below to remove your mobile contacts from Facebook.
**

Last week, yet another Facebook privacy issue hit the scene. Actually, it has been around for a while, but was just brought to everyone’s attention last week. This time users learned that there was a good chance all of their mobile contacts had been synced (and uploaded) to their Facebook accounts, including the phone numbers of those contacts. The sync functionality was opt-out, and not opt-in, which is absolutely ridiculous. It was somewhat disturbing to see all my mobile contacts sitting in Facebook, including all of their phone numbers. Again, that functionality has been live for some time now (years), but was somewhat hidden in the interface. That caused many people, including myself, to not realize what was going on.

Wait, But I’m Not Friends With Them on Facebook!
I started noticing certain issues before the news was released by major blogs and publications. The reason is simple. Facebook started showing profile information in my right sidebar of people I wasn’t friends with on Facebook, but did know via business (people that were in my mobile contacts). It struck me as really odd… For example, how did Facebook know I was connected with them at all?? That’s either a pretty darn robust algorithm, or they have additional information. Well, Facebook did have additional information, which was a list of my mobile contacts that had been synced with my Facebook account! Although this was disturbing, it unfortunately wasn’t shocking given Facebook’s history with privacy issues.

Remove My Mobile Contacts Please
After the issue was uncovered and friends started telling friends that they should remove their mobile contacts from Facebook, reality hit. Nobody knew how to do it. This was brilliant for Facebook, which would love to keep your contacts in their system. Think about it, Facebook now had access to the contact information of millions of people, some of which weren’t on Facebook. They could also use that information to help members grow their following and connections on the massive social network, which could end up impacting advertising revenue. Think about it… there would be more inventory and opportunities to display advertising.

Some instructions popped up across the web, but most referenced how iPhone owners could turn off syncing via their Facebook mobile app. There simply weren’t great instructions for Android owners. Some instructions I read simply said, “turn off sync in your mobile app”. The problem was that the Facebook Android app doesn’t have a sync option. Given what I do for a living, I had several people ping me for accurate instructions, since they were still seeing their mobile contacts on Facebook (with phone numbers). That’s after going through the removal process that Facebook provided on the site. Again, to be fair, Facebook did state that you should turn off “sync” before clicking the remove button on its site. The problem was that many people didn’t know how to turn off sync.

A Step by Step Android Tutorial for Removing Imported Mobile Contacts from Facebook
The confusion I’ve seen and heard with Android owners is why I wrote this post. My hope is that you can follow the steps below and feel confident that your mobile contacts will stay on your mobile phone, and not find their way to Facebook (where they can be used a number of ways by the social network). Without further ado, here are the steps you can take to remove your mobile contacts and phone numbers.

1a. Turn Off Sync on Your Android Phone
Facebook states you need to turn off syncing on your mobile phone before using the page on its site to remove your contacts. But where is the “sync” option on your Android phone? Good question and I finally found the option after digging around. The option is not in your Facebook mobile app, which would be the logical place… Instead, it’s in your Android settings, under Accounts and Sync. But it gets more complicated than that. When I went into these settings, I saw several accounts that were syncing, but not Facebook. That’s strange and could be the issue that others were running into when trying to remove their mobile contacts.

I ended up adding my Facebook account in “Accounts and Sync”, and then making sure that sync was off. Then I went and removed my mobile contacts from Facebook. This worked for me.

1b. Access Your “Sync” Settings
On your Android phone, tap your menu, then tap “Settings”, and then “Accounts and Sync” 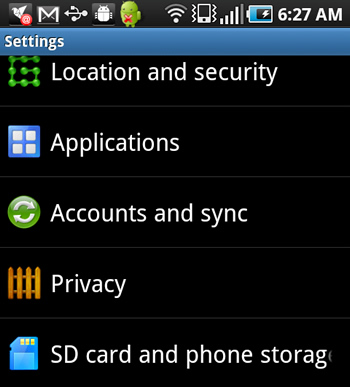 2. Disable “Sync” for Facebook
If Facebook is listed, tap the icon to bring up its settings. Make sure “Sync Contacts” is turned off. You can also turn off “Sync Calendar” as well. 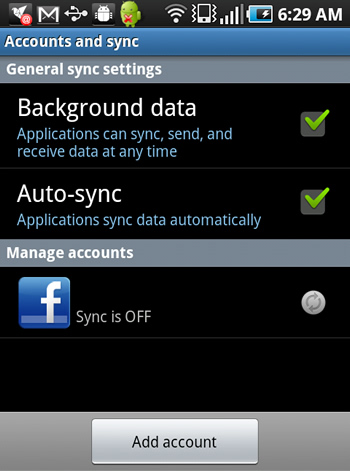 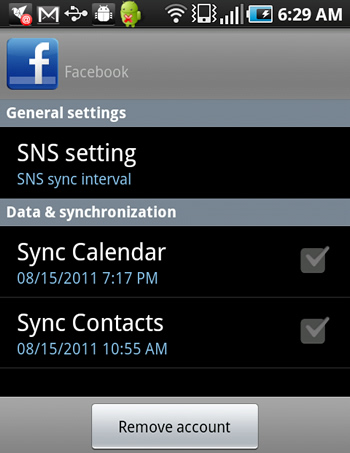 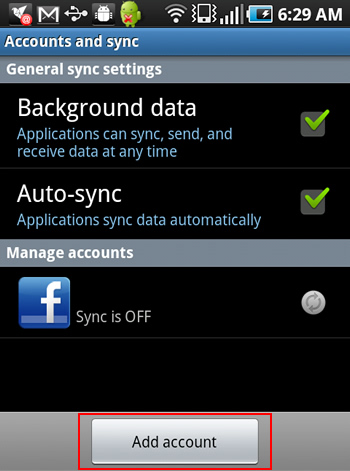 6. Remove Imported Contacts From Your Mobile Phone
Now you should see a mention about removing your imported contacts. Click the link, which will take you to a page with the option to remove your mobile contacts.

8. Receive Confirmation and Check Your Contacts
You should receive a message from Facebook that your mobile contacts have been removed. That said, you should check your contacts again to make sure those contacts have been removed. Note, you will still see your Facebook friends listed, including their phone numbers. You cannot control what they are sharing, so don’t automatically think the process didn’t work. If you don’t want your mobile phone number to show up, then you should remove it from your profile (by clicking the “Home” link in the upper right-hand corner of the screen, then clicking the “Account Settings” link, and then clicking the “Mobile” link in the left side options). You will be able to remove your mobile number at this point.

Congratulations, you have successfully removed your mobile contacts from Facebook!

Summary – Keep an Eye on Your Information
If you followed this tutorial, then you have a good chance at keeping your mobile contacts safe from Facebook (including their phone numbers). Unfortunately, there are stories every day about privacy issues with social networks, so it’s important you keep up to date on the changes. This specific issue has been around for a long time, but finally was revealed. I don’t know about you, but I think we are quickly heading to a time when the idea of “social networking privacy” is a misnomer. Until then, hang on as tight as you can to your information, your contacts, etc. If you don’t, then there are a thousand ways it can be used by various businesses. Some for good reasons, and others for bad reasons. Let’s try and minimize the bad.