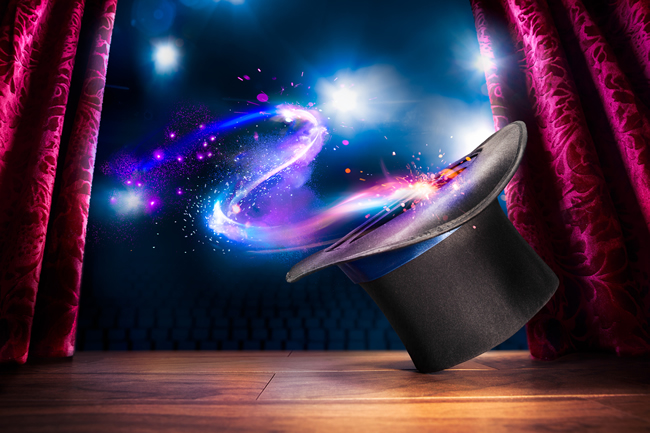 In my last post, I explained a fascinating hreflang situation where Google could surface urls that were canonicalized (and not indexed) in the SERPs by country. For example, if you had multiple urls in the same language targeting different countries, and those urls were all canonicalized to one url (let’s say the /us/ version), then Google could still surface the other urls in the SERPs for users by country. So, a user in the UK could still see the UK url, even if it wasn’t indexed. You can read my post to learn more, but it was an interesting scenario (that I saw happening with a large-scale client of mine).

A slightly different take – Multiple hreflang tags in the same language across countries (with self-referencing canonicals):
Well, the magic show isn’t done yet. In this post, I’ll cover yet another interesting hreflang situation that might be causing headaches out in the field. This trick involves multiple hreflang urls all in the same language again, but this time they properly contain self-referencing canonical tags.

For example, let’s say you had multiple Arabic urls targeting various countries like Egypt, Saudi Arabia, and Lebanon. Each page contains a cluster of hreflang tags, one for each language and country combination. And they are each self-canonicalized so they can surface in the SERPs for the right country.

Based on that setup, you would think Google would index each url and then surface the correct one by language and country combination. But that doesn’t always happen. Actually, there are times that you can see the wrong country urls surfaced. It can be frustrating for site owners when traffic is being driven to the wrong country pages, especially when hreflang is properly set up. And if you read my last post, then you know this goes against what Google is doing there! In that situation, the urls were all canonicalized (and not indexed), yet Google was still surfacing them in the right country. Confusing, to say the least.

In my example from above, people searching from Egypt or Saudi Arabia might be seeing the url from Lebanon instead, and then they would visit the wrong section of the site. I’ve seen this situation several times, and I’ve heard from other SEOs seeing the same. And when this happens on a large-scale site, it can impact thousands or users per day (or more). 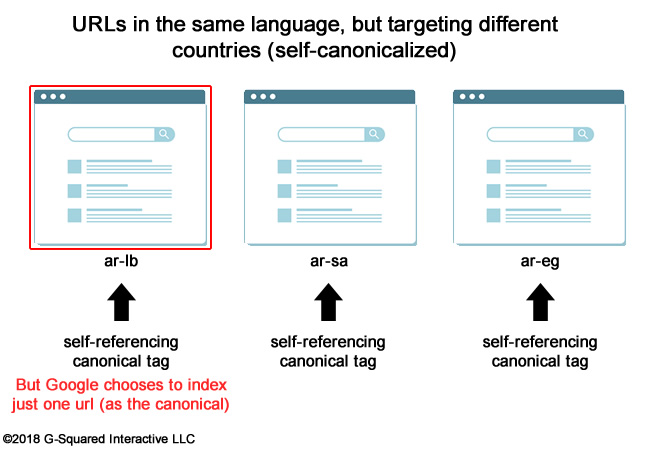 Clarity from Google’s John Mueller – another magic trick up Google’s sleeve
Once again, John Mueller to the rescue. In a recent webmaster hangout video, John explained that this can happen. When Google sees the same content in the same language across different hreflang urls, it can choose to index just one. To clarify, it would be an exact duplicate of the content. And then it would just show that one url in the SERPs for users (even if those users were from a different country).

To be honest, that doesn’t make much sense to me. I think it would make much more sense to take the canonical hint, index each url, and then surface the right one in the SERPs based on language and country combination. But that’s not always how it works. Again, I have seen this in action.

The solution:
In the video, John explained that you can handle the situation in a few ways. First, John said it’s smart to provide some type of banner on the page for users that are from another country (or if you can detect they speak another language). You could detect their location and then provide a helpful banner that gets them to the right country page. Again, I think Google should take the canonical hint and do this for us, but that’s clearly not happening right now all the time.

Second, John recommended that each page should be as unique as possible. By doing that, then Google might index each of the urls in the cluster, even when they are in the same language. So, if it’s a complete duplicate page by language (but targeting another country), Google could pick one url to index. But if there’s unique content on each page, then Google could still index those other urls and then surface the right one based on language and country combination.

Here is video of John explaining this: 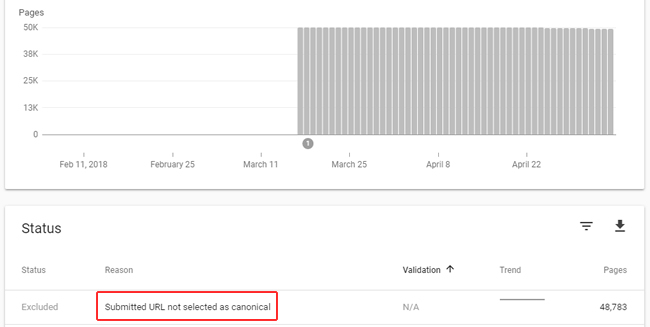 Summary – The hreflang magic show, coming to a SERP near you.
I’ll be honest, I had no idea Google had so many hreflang magic tricks. Targeting multiple language and country combinations via hreflang can definitely be a confusing topic for site owners and SEOs. But adding special cases like this can make it even more complex. I know the two cases I’ve written about were confusing for everyone involved. But I’m glad John was able to clear up each situation via video. In closing, if you have multiple urls in the same language, but they are targeting different countries, just be aware of the various hreflang tricks that Google has up its sleeve.